The Biggest Box Office Hits and Flops of 2018

It was the revival nobody saw coming. After a dismal 2017, in which the North American box office tumbled to a three-year low, moviegoing rebounded in a big way. And it wasn’t just superhero tentpoles and animated adventures raking in the green. With all due respect to “Avengers: Infinity War” and “Jurassic World: Fallen Kingdom,” the reason grosses are inching toward last year’s internationally fueled $40 billion global record is that breakouts such as “Crazy Rich Asians” and “A Quiet Place” provided an unexpected lift. That’s not to say studios got off scot-free. In between the blockbusters were a number of embarrassing money-losing bombs.

When evaluating a film’s profitability, grosses alone don’t tell the whole story. For instance, “Solo: A Star Wars Story” took in $392 million worldwide. That looks lucrative on paper, but after factoring in a production budget of nearly $300 million and marketing costs upwards of $150 million, getting the movie in the black gets a little … gray. Ancillary markets like DVD rentals and sales, pay-TV deals and internet streaming can help mitigate losses. For this analysis, Variety focused solely on how profitable (or not) a movie was at the worldwide box office.

Here are some of 2018’s most notable smashes and flops: 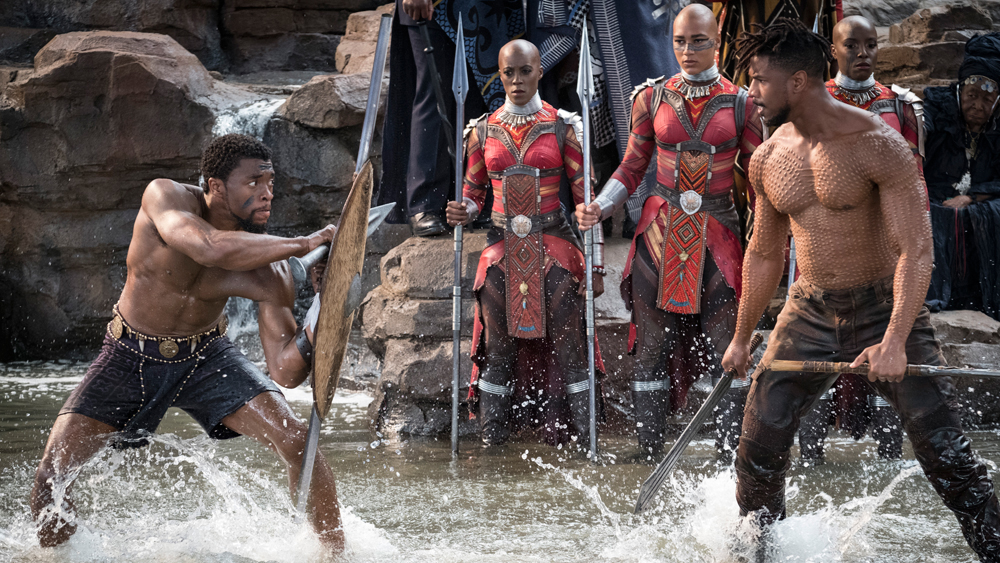 Marvel proves time and again that superhero fatigue doesn’t exist if you can serve audiences the right content. Ryan Coogler’s “Black Panther,” the first superhero movie to feature a predominantly black cast, was a cultural touchstone and broke records throughout its theatrical run, becoming the ninth-highest-grossing film of all time. Its comic-book universe cohort “Avengers: Infinity War” may have pocketed more at the global box office, but “Black Panther” has maintained its reign as the biggest movie in North America, with $700 million since it opened in February. Though at $2 billion “Infinity War” brought in quite the bounty for Disney and Marvel, it isn’t included on this list because its P&A costs were twice those of “Black Panther.” 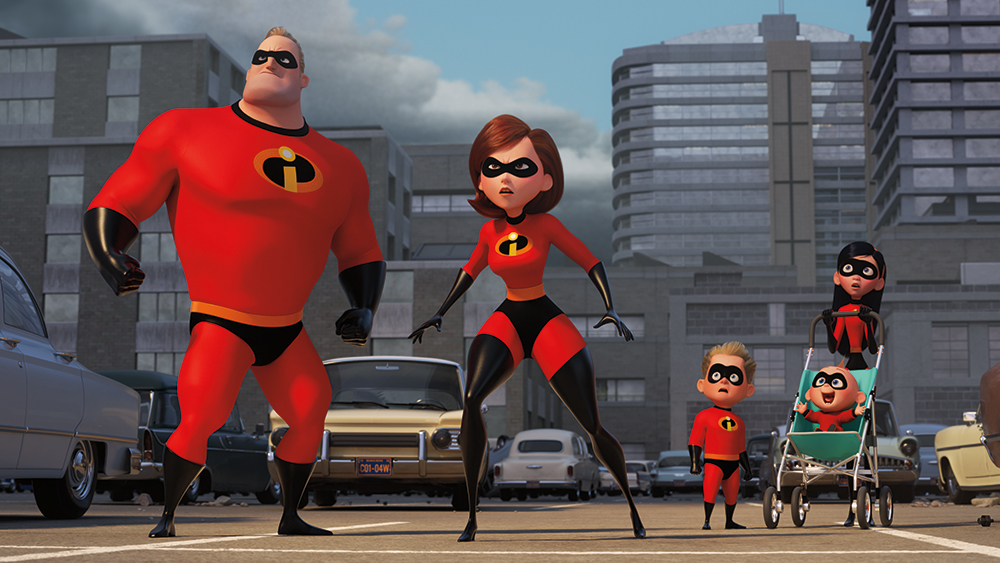 As expected, Disney produced more than one monster hit over the past 12 months. The Magic Kingdom has had massive success reviving its classics, and 10 years after “The Incredibles” theaters, the cartoon sequel became one of the year’s highest-grossing titles. It now ranks as the second-biggest animated movie ever, after “Frozen.” 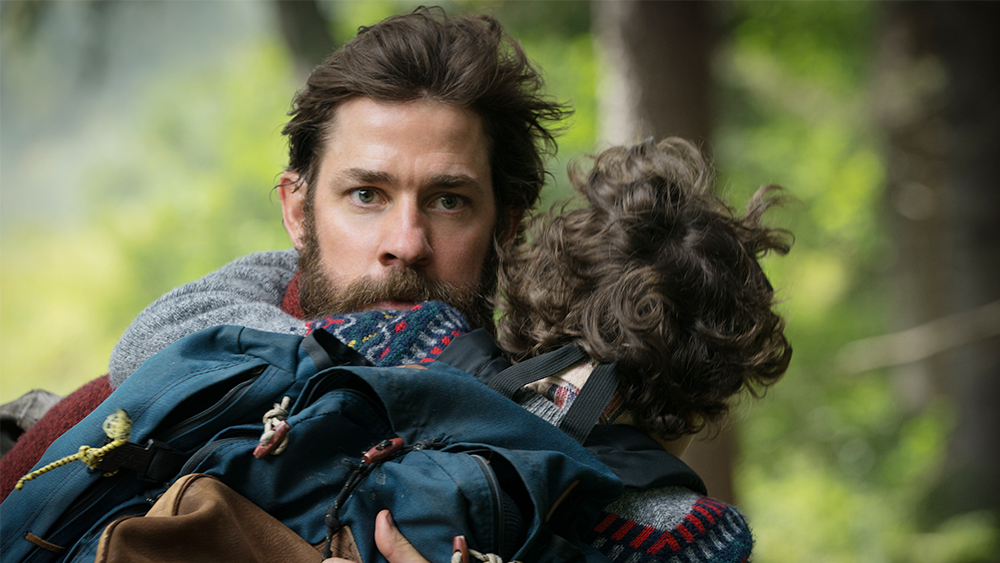 We’re betting few expected Jim Halpert from “The Office” to make a horror movie that would turn into 2018’s strongest sleeper hit. But John Krasinski’s studio debut as a director crushed estimates to deliver a stellar bow, and then gained momentum. Though original properties don’t have a built-in fan base, they tend to be less costly to produce. Attribute it to glowing word of mouth or the curiosity of seeing Krasinski and his wife, Emily Blunt, play an on-screen couple, but “A Quiet Place” made some noise for a fraction of what many would-be blockbusters cost. 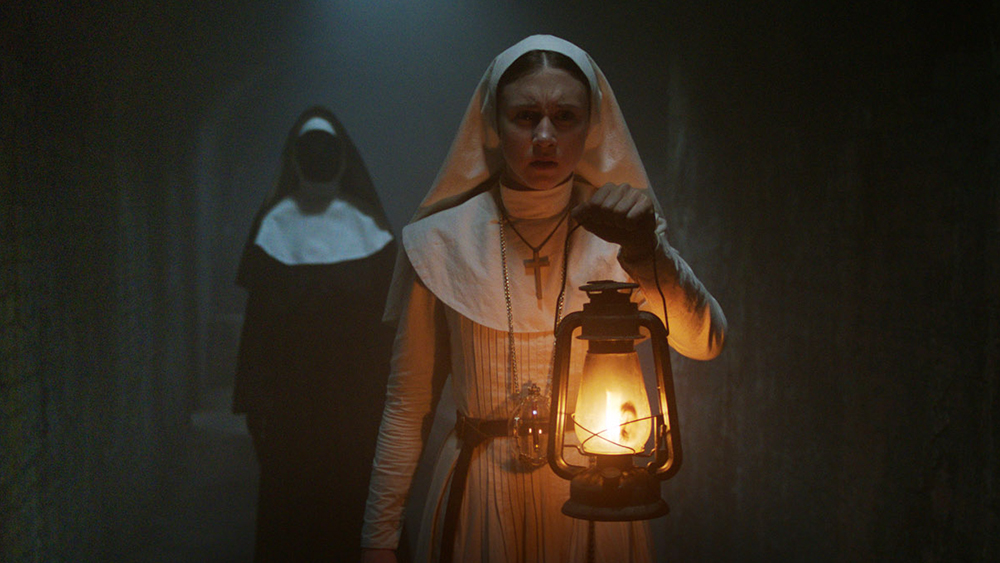 New Line’s “Conjuring” universe draws audiences craving a good fright. The fifth installment in the supernatural moneymaker delivered the best receipts of any entry in the franchise. While sequels can be pricier to make, horror movies are so cheap to produce that in success, they bring outsized returns. 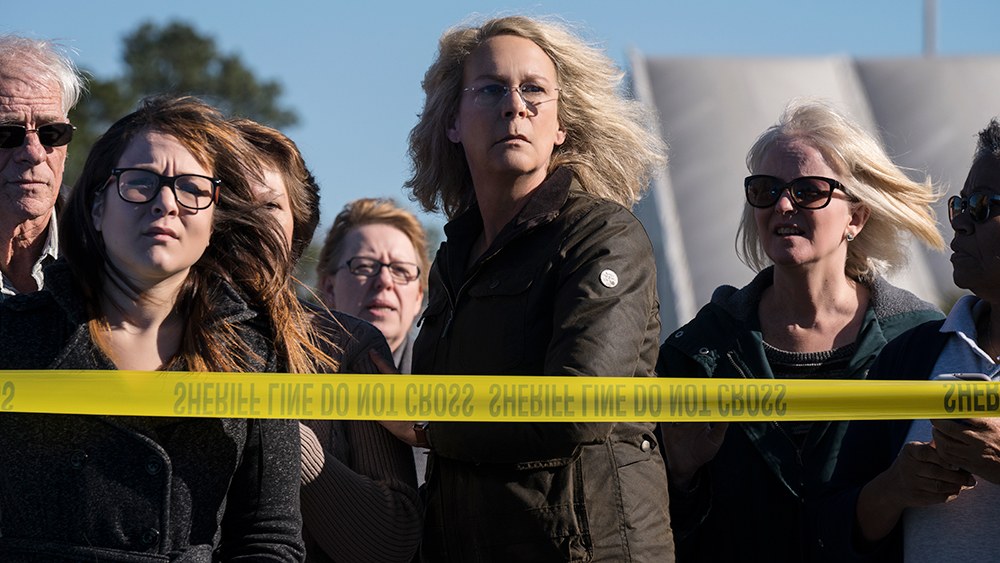 Blumhouse, the indie film label from mega-producer Jason Blum, has made a name for itself with its low-budget approach to all things terrifying. For the most part, the horror maestro keeps budgets under $10 million. That means the studio, which has a pact with Universal Pictures, makes out like a bandit when a movie like “Halloween” delivers on the scares. With an assist from Jamie Lee Curtis, who revisits her role as avenging babysitter-turned-grandmother Laurie Strode, the 11th entry in the series was hailed as a return to form. It boasted the best opening weekend for a movie with a female lead over the age of 55, and it’s now the most successful slasher film of all time. 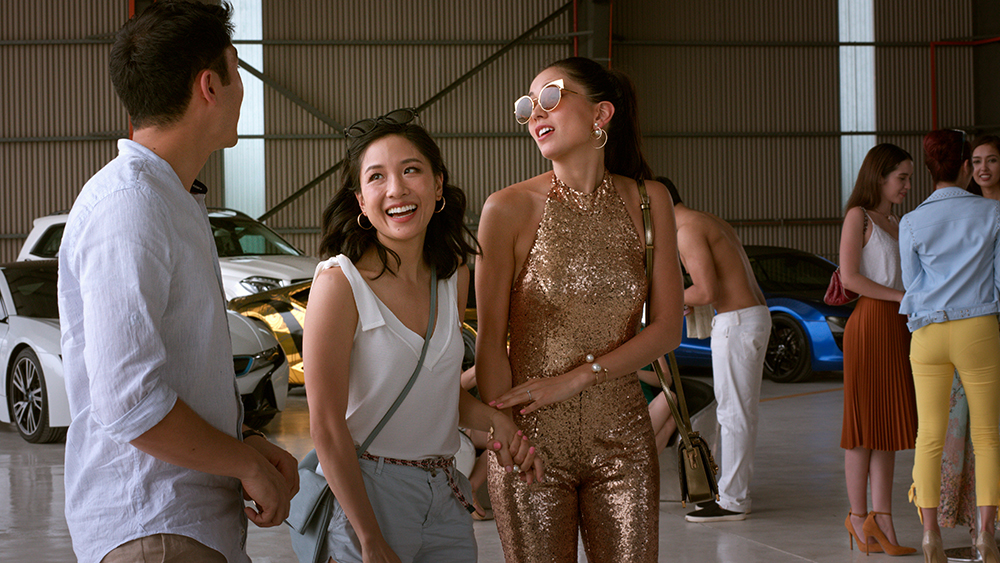 Warner Bros. made a bold bet with “Crazy Rich Asians,” the first studio movie in 25 years composed of an all Asian-American cast. The risk paid off. The acclaimed adaptation of Kevin Kwan’s novel became the highest-grossing romantic comedy in a decade, proving that movies with diverse casting can find mainstream appeal and make a pretty penny. To nobody’s surprise, a sequel is in the works. 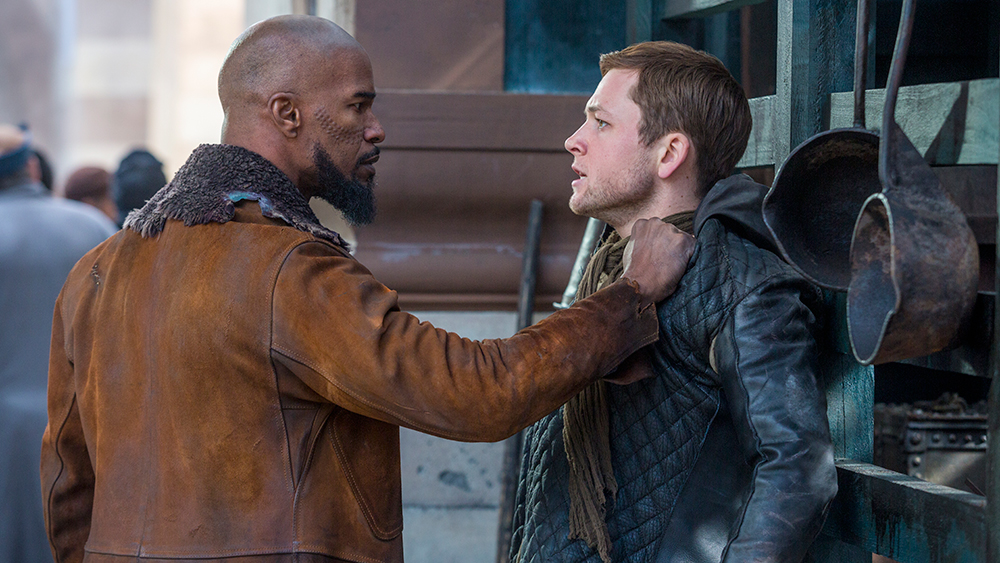 “Robin Hood” may still be in theaters, but when we take off our rose-colored 3D glasses, it doesn’t look good for the swashbuckling thief in green. Lionsgate’s big-budget take on the folk tale is shaping up to be the dud of the year by a landslide. It seemed to have everything working against it — a competitive Thanksgiving release date, a hefty price tag and savage reviews. It’s safe to say studios won’t be returning to Sherwood Forest anytime soon. 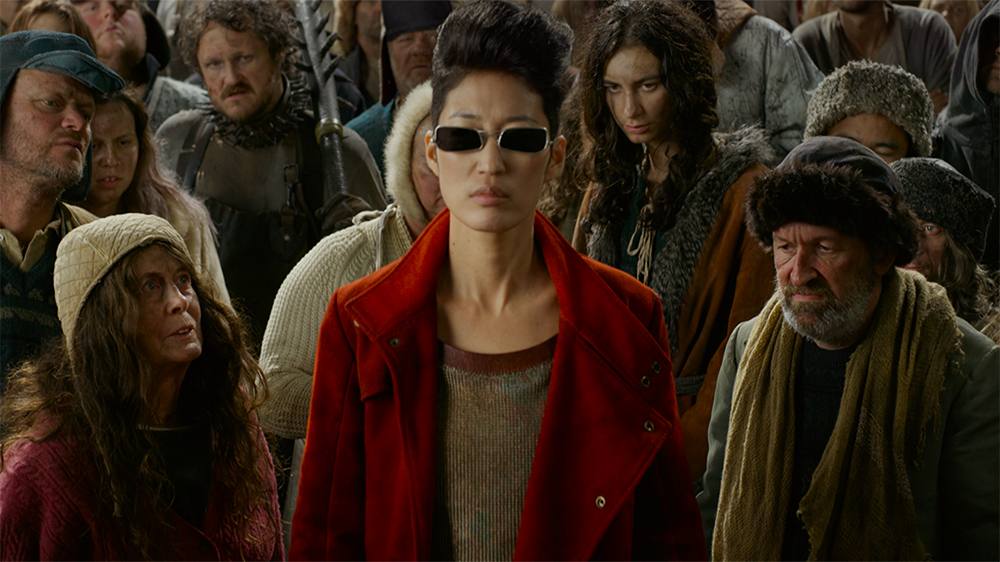 Ah, how young and naive we once were to think “Robin Hood” would be this year’s biggest disaster. As 2018 comes to a close, it’s clear that “Mortal Engines” will give the bandit with a bow and arrow a serious run for his money. Universal’s post-apocalyptic steampunk adventure sputtered with a disastrous $7.5 million when it launched just before Christmas, and it seems doubtful that the YA adaptation can recoup. With a budget over $100 million and even more in marketing costs, the sci-fi epic produced by Peter Jackson could lose the studio between $100 million and $125 million. This film’s future is positively dystopian!

“The Nutcracker and the Four Realms”

Even Disney can make a misstep at the multiplexes. The Burbank entertainment giant commands nearly 30% of the domestic box office, double that of its nearest rival. Yet “The Nutcracker and the Four Realms” proves that not even the top studio can make it through 2018 unscathed. Marvel and Pixar have been reliable moneymakers, but beyond that, Disney has stumbled when it comes to making live-action movies that don’t involve branded IP. The studio shelled out for the family-friendly fantasy, but “The Nutcracker” simply couldn’t pirouette its way into audiences’ hearts.

“A Wrinkle in Time” 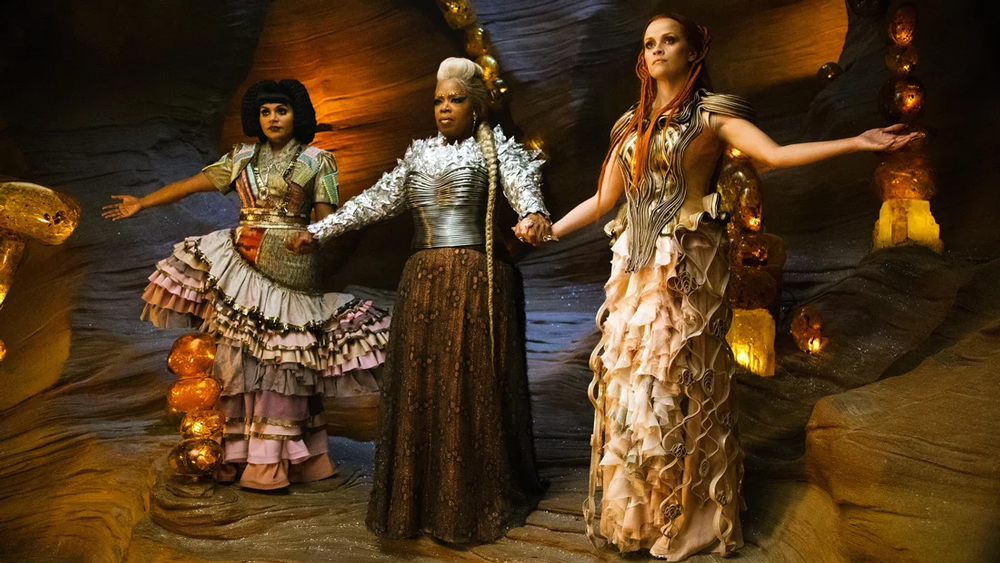 Not even the powerhouse trio of Oprah Winfrey, Reese Witherspoon and Mindy Kaling, plus acclaimed director Ava DuVernay, could save the film adaptation of Madeleine L’Engle’s classic novel. The advertising budget propelled costs above $250 million, meaning Disney lost a sizable chunk of cash on the sci-fi epic.

“The Girl in the Spider’s Web” 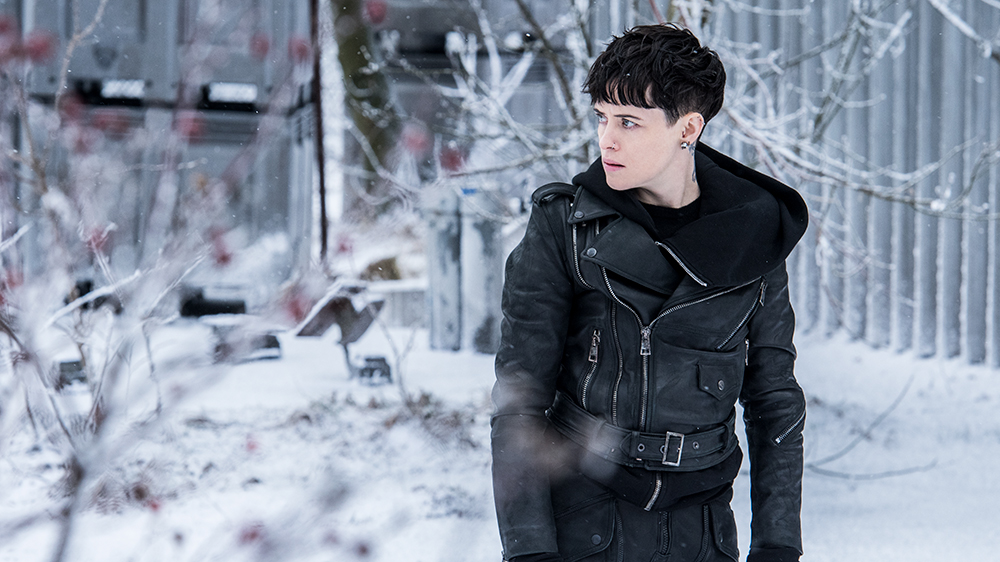 “The Girl With the Dragon Tattoo,” Hollywood’s first take on the hit book series by Stieg Larsson, was such a success, it makes perfect sense that Sony would come back for seconds. But without David Fincher at the helm and Rooney Mara as computer hacker Lisbeth Salander, “The Girl in the Spider’s Web” was ignored at multiplexes. To be fair, “Dragon Tattoo” was twice as expensive to make, but that doesn’t mean a miss like this is any less painful. 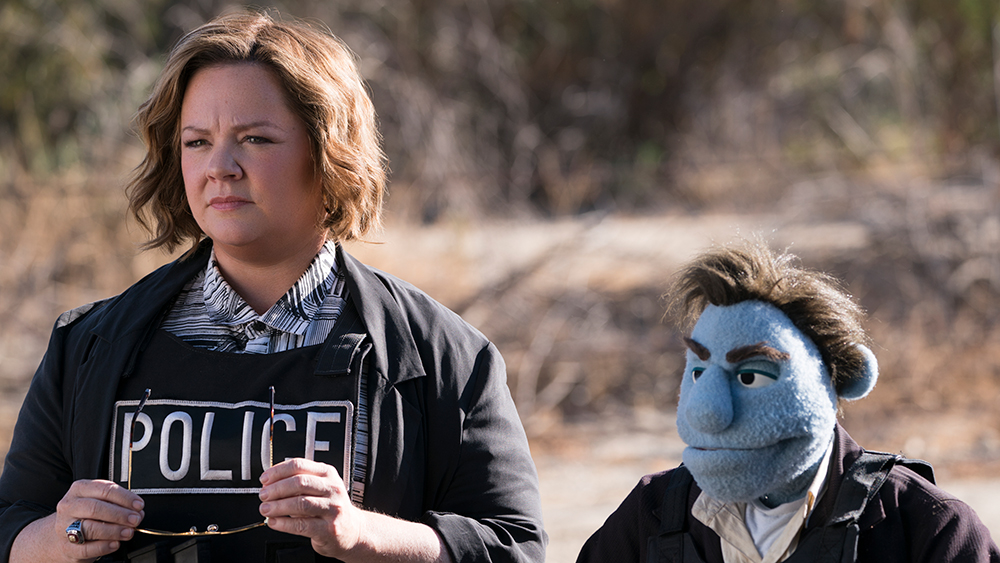 We can’t help wondering who this R-rated gonzo black comedy was made for. STX coughed up $40 million to produce a bizarre take on “Sesame Street” that answered the question: What would happen if the Muppets did a lot of coke and frequented prostitutes? That family-unfriendly premise, coupled with brutal reviews, didn’t help sell a movie featuring plush toys gone wild. Star Melissa McCarthy — working live alongside the puppets — didn’t earn her rumored $17 million salary on this one. 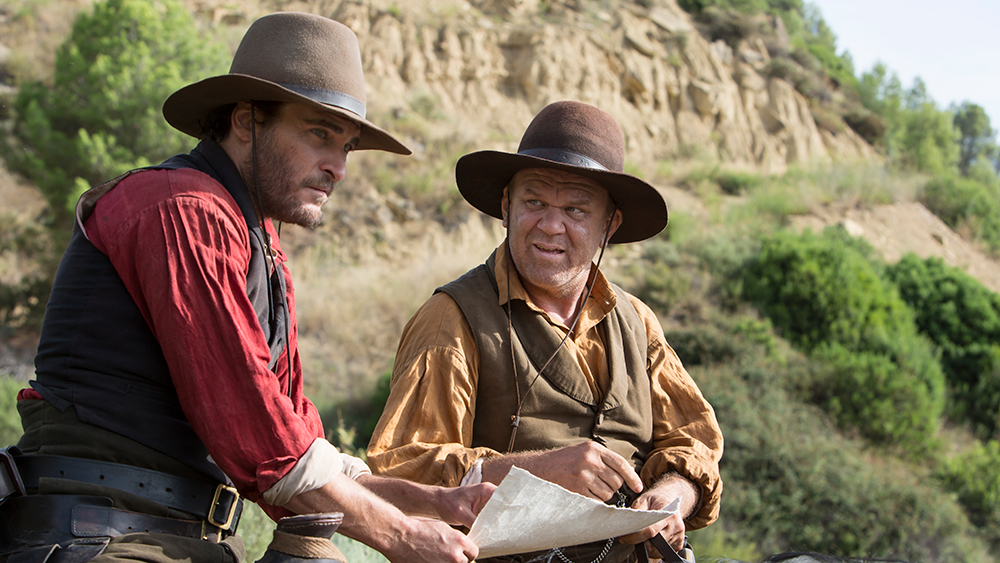