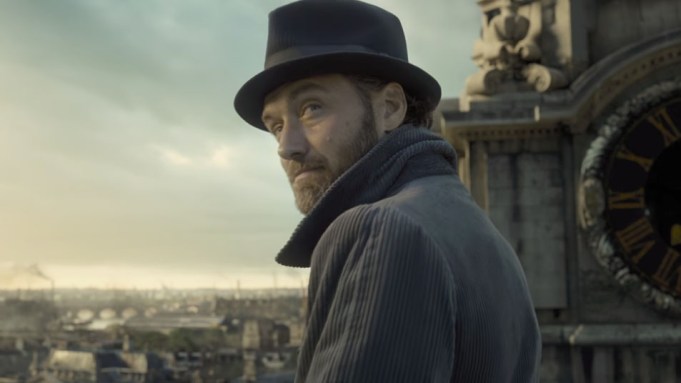 Warner Bros.’ “Fantastic Beasts: The Crimes of Grindelwald” has conjured $10.1 million from 10 international markets on Wednesday.

The “Harry Potter” spinoff series did particularly well in France, where it generated $2.6 million on 903 screens, including Tuesday previews. So far in France, “Crimes of Grindelwald” is performing 54% ahead of the opening day of its predecessor “Fantastic Beasts and Where to Find Them.”

Other top territories include South Korea with $2 million from 1,560 venues, Holland with $619,000 from 266 venues, and Indonesia with $560,000 on 919 screens. Previews and openings in the Nordics took in a collective $1.4 million, while Germany grossed $1.2 million and Australia earned $622,000. “Fantastic Beasts: The Crimes of Grindelwald” launches in 45 more markets Thursday, followed by 24 markets on Friday with a total screen count of 46,000.

The movie is expected to earn $65 million from over 3,300 domestic locations this weekend, though industry estimates show that number could end the weekend closer to $75 million and as much as $250 million worldwide. “The Crimes of Grindelwald” is the second entry in what Warner Bros. intends to be a five-film franchise based on the wizarding world popularized by author J.K. Rowling.

Eddie Redmayne returns as magizoologist Newt Scamander. While the prequel series takes place in the 1920s and comes before the adventures of everyone’s favorite boy wizard, this installment begins to meld the wizarding world from the “Harry Potter” films. Jude Law joins the cast as Albus Dumbledore in the days before he was the headmaster of Hogwarts School of Witchcraft and Wizardry.