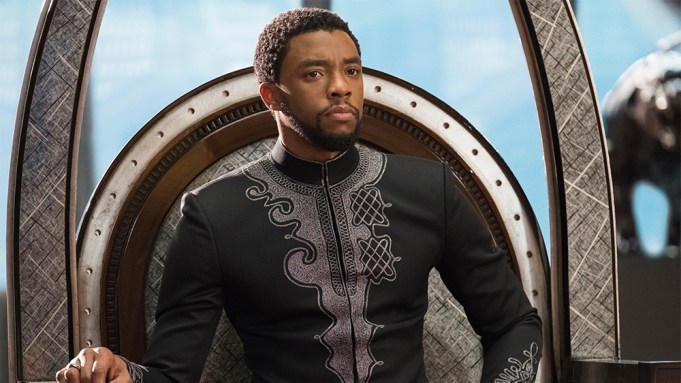 Disney-Marvel’s “Black Panther” is heading for as much as $75 million at 4,020 North American locations to dominate the box office again in its third weekend, the latest forecasts showed Tuesday.

If the estimates hold, the third weekend of “Black Panther” could be the second- or third-best of all time. That list is headed by “The Force Awakens” at $90.2 million, followed by “Avatar” at $68.5 million, and “The Avengers” at $55.6 million. A 50% decline from the $111.7 million would leave “Black Panther” at the same level as “The Avengers” six years ago.

“Black Panther” took in $8.1 million on Monday, lifting its domestic total to a sensational $411.7 million after only 11 days. It is already the 22nd-highest domestic grosser of all time, and it could become one of only 10 movies to cross the $500 million mark by the end of the upcoming weekend. Its international gross on Monday was $10.9 million, lifting that total to $316.2 million.

“Red Sparrow” had been tracking as high as $25 million in recent weeks before “Black Panther” began dominating moviegoing. The film is opening at 3,050 locations with Lawrence returning to collaborate with Francis Lawrence, who directed the final three “Hunger Games” movies.

Reviews have been mostly positive for “Red Sparrow,” which currently has a 65% “fresh” rating on Rotten Tomatoes. The thriller, which had been originally set to come out last October, carries a $69 million budget.

Paramount released the original “Death Wish,” starring Charles Bronson, in 1974 with Michael Winner directing and Dino De Laurentiis producing. The film was based on the Brian Garfield novel about vigilante Paul Kersey, who goes after criminals when his wife is murdered and his daughter is left catatonic after being sexually assaulted during a home invasion.

The original, which carried a $3 million budget, was a major success, grossing $22 million at the box office in 1974. Bronson starred in four “Death Wish” sequels, concluding with 1994’s “Death Wish V: The Face of Death.”

The new “Death Wish” will open at about 2,700 sites. It carries a production budget of approximately $30 million.