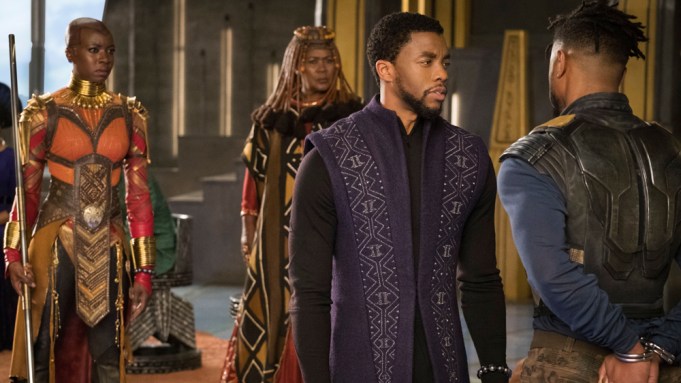 Disney-Marvel Studios’ “Black Panther” is becoming the third film in history to cross the $700 million mark at the domestic box office this weekend, joining “Star Wars: The Force Awakens” and “Avatar.”

“Black Panther,” starring Chadwick Boseman and directed by Ryan Coogler, stunned the industry when it debuted with $242.1 million over President’s Day weekend, including a Friday-Sunday gross of $202 million, followed by one of the biggest second weekends in history with $111.7 million, now ranking as third behind only “Star Wars: The Force Awakens” and Avengers: Infinity War.”

With an additional $646.7 million internationally, “Black Panther” has a global total of $1.35 billion, ranking as the second biggest film of the year behind only “Avengers: Infinity War.”

“Black Panther” is the key factor in this year’s healthy box office. According to comScore, year-to-date domestic box office is leading last year by 7.6% at $7.4 billion.