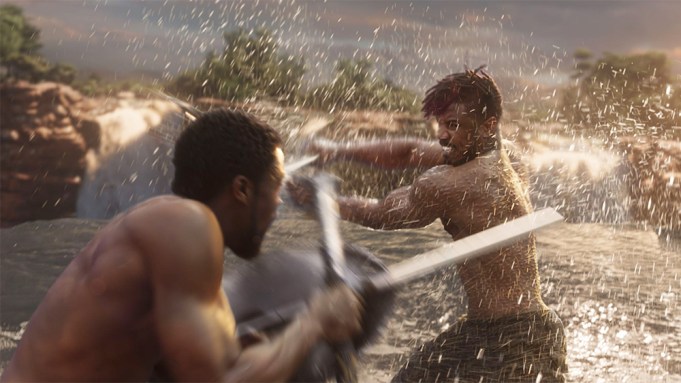 Disney-Marvel’s “Black Panther” has topped “E.T. — The Extraterrestrial” to become the 16th-highest domestic release of all time in only two weeks.

The superhero tentpole took in $6.6 million at 4,020 North American sites on Thursday to lift its domestic total to $435.4 million. “Black Panther” is $6 million behind “Shrek 2” for the 15th spot.

“Black Panther” also grossed $10.3 million internationally on Thursday to push the worldwide take to $780.3 million, surpassing “Guardians of the Galaxy” for 79th place on that list.

“Black Panther,” starring Chadwick Boseman and directed by Ryan Coogler, has stunned the industry since it opened on Feb. 16, first with $242 million on Presidents Day weekend in North America and followed with $111.7 million in its second frame — the second-highest sophomore weekend of all time. It’s lifted the overall domestic box office by 11.5% to $1.96 billion as of Feb. 28, according to comScore.

“Black Panther” will probably post the third-highest domestic third weekend of all time in the coming days. That list is currently headed by “Star Wars: The Force Awakens” at $90.2 million, followed by “Avatar” at $68.5 million, and “The Avengers” at $55.6 million.

Two new R-rated thrillers are opening this weekend in North America. Jennifer Lawrence’s spy saga “Red Sparrow” launched with $1.2 million in Thursday night previews and appears headed for as much as $20 million for Fox. Bruce Willis’ “Death Wish” took in $650,000 in previews and should wind up with about $15 million for MGM.