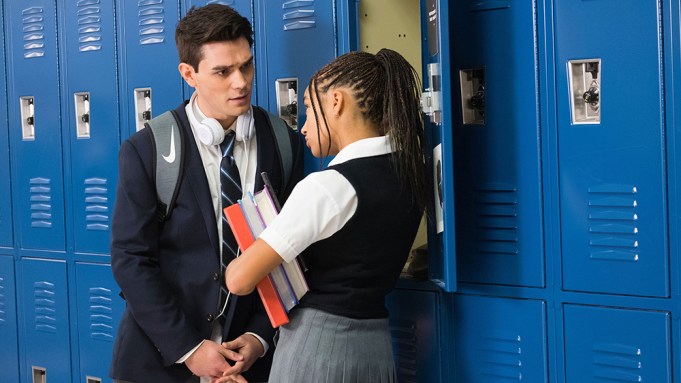 Fox’s teen drama “The Hate U Give” has started with a solid $500,000 at 36 North American locations in its opening weekend.

The movie, an adaptation of the Angie Thomas novel, stars Amandla Stenberg as a high school student switching between two worlds: the poor, mostly black neighborhood where she lives and the rich, mostly white prep school she attends. The uneasy balance between these worlds is shattered when she witnesses the fatal shooting of her childhood best friend at the hands of a police officer.

Fox domestic distribution chief Chris Aronson said the studio was “very encouraged” by the numbers. “Word of mouth is incredibly powerful for this must-see film for all audiences and all ages,” he added.

Despite the limited number of outlets, “The Hate U Give” finished 13th on the weekend’s domestic charts. Its per-screen average of $13,889 was the second-highest of the weekend after the $18,831 for “Venom.”

Fox has opted to give “The Hate U Give” a platform release to build word of mouth prior to going nationwide on Oct. 19. The movie premiered on Sept. 7 at the Toronto International Film Festival and has wowed critics with a 96% “fresh” score on Rotten Tomatoes. Fox Film and AMC Theatres offered free screenings of “The Hate U Give” for young people in nine metro areas on Saturday and will continue the free screening program in the coming weeks.

“They got a very solid number this week despite the intense interest in ‘Venom’ and ‘A Star Is Born’ so the two weeks gives Fox time to get the word out,” he added.