Bond 25: Why Cary Joji Fukunaga Is a Risky Bet 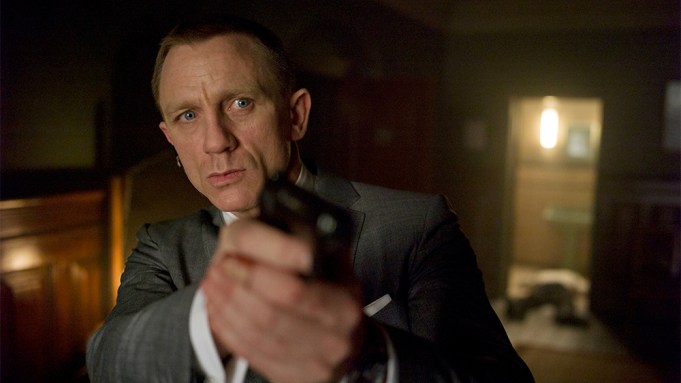 By hiring Cary Joji Fukunaga to direct the next James Bond movie, the producers of the 007 franchise are signaling that they want to shake up the spy series.

It’s a stunning and risky move, one that surprised executives and filmmakers around Hollywood. When Daniel Craig, and Bond producers Michael G. Wilson and Barbara Broccoli parted ways with Danny Boyle over creative differences, the conventional wisdom was that they would pick a safer and more pliable choice. Names like Yann Demange (“’71”) and David Mackenzie (“Hell or High Water”) were bandied about and considered, and either would have made sense. They’re stylists, but also directors who could be counted on to color inside the lines.

That’s not Fukunaga. The American director (the first Yank to oversee a Bond film) made a name for himself directing edgy movies such as “Sin Nombre” and “Beasts of No Nation,” as well as the HBO water-cooler favorite “True Detective.” Those movies deal with such un-Bondian topics as child soldiers in Africa, illegal immigration, and shadowy Bayou sex cults. There’s nary a martini to be found in any of them, though Matthew McConaughey does inhale an impressive number of Lone Stars. Moreover, all of these projects were relatively low-budget affairs in stark contrast to a Bond film that typically costs $200 million or more to produce.

What they do demonstrate is that Fukunaga is a true auteur. His swooping tracking shots made “True Detective” a visual feast, and he has shown a knack with actors, coaxing career-best performances from the likes of McConaughey, Jonah Hill, and Idris Elba. He’s also been something of a chameleon, moving from the nourish “True Detective” to period pieces such as “Jane Eyre” or dark comedies like the recent Netflix show “Maniac.” That versatility likely means he can balance Bond’s signature cocktail of equal parts fast cars, beautiful women, hedonism, and international espionage. It could also make Fukunaga a welcome injection of new energy in a franchise that’s nearing its seventh decade.

But auteurism comes at a cost. Fukunaga has sometimes struggled to play well with others. “It,” an adaptation of Stephen King’s best-selling novel, collapsed after the director clashed with brass at New Line and Warner Bros. The studio was worried that some of Fukunaga’s choices would have made it difficult to get an R rating, and a leaked script that he had worked on reportedly makes it clear that he had wanted to include gorier and more sexually suggestive scenes. In a 2015 interview with Variety, Fukunaga said issues arose over his desire to direct an “unconventional horror movie.”

“It didn’t fit into the algorithm of what they knew they could spend and make money back on based on not offending their standard genre audience,” he said, adding, “what I was trying to do was an elevated horror film with actual characters. They didn’t want any characters. They wanted archetypes and scares. I wrote the script. They wanted me to make a much more inoffensive, conventional script.”

The “It” implosion made some studios wary of Fukunaga, a reticence that was compounded by reports that he also clashed with “True Detective” creator Nic Pizzolatto. The Pizzolatto issues were easier to dismiss, given that the showrunner and writer has a reputation for being prickly and the second, Fukunaga-less season of “True Detective” was a critical catastrophe.

Still, it is reasonable to wonder how Fukunaga will deal with the strictures placed on him by the powers that be on Bond. Will he be okay with having to stop the narrative flow of his film to plug high-end vodkas, Heineken, and luxury goods — the kind of product placement that’s a prerequisite for financing any 007 pic. He will also have to navigate competing centers of influence. Craig has made it clear that he wants to have a substantial say in the creative direction of what many suspect will be his final outing as Bond, and Wilson and Broccoli don’t like to deviate too far from a formula that’s worked in the past. Moreover, when studios have handed the keys to venerable film franchises to hot young directors with attitude and style to spare, things haven’t always gone swimmingly. Just ask Phil Lord and Chris Miller how much they enjoyed their experience on “Solo: A Star Wars Story.”

If the Fukunaga experiment works, Wilson, Broccoli, and Craig will be praised for making a bold bet that paid off. If it doesn’t, it could become the next cautionary tale of a filmmaker who failed to balance art with commerce.