Why the Women of Wakanda Rule ‘Black Panther’ 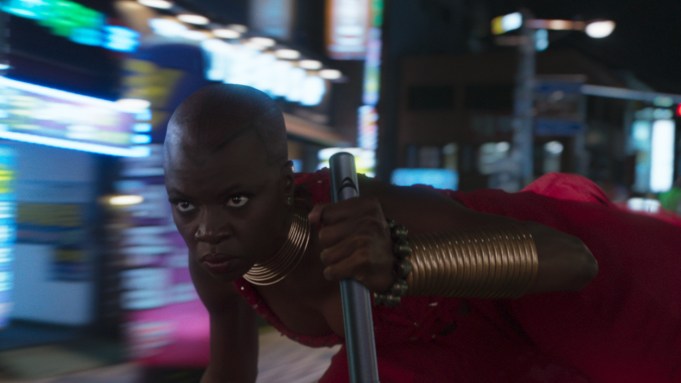 Ahead of the heavily-anticipated release of “Black Panther,” the cast shares with Variety their admiration for the inspirational female characters of the film.

Lupita Nyong’o, who stars as Nakia, says the fictional land of Wakanda encourages female power. “Wakanda offers us a glimpse into the world as it could be — self-determined and developed on their own terms without the interruption of colonialism. [It] has figured out how to make the most of all its citizens,” Nyong’o says. “Women are allowed to realize their full potential and that’s what Ryan [Coogler] wanted to show and he committed to having that number of women around him.”

She says the women contribute to answering central questions the film poses such as, “Who am I?” Nyong’o adds that specifically the character of Shuri, played by Letitia Wright, is an important image for young girls to see given her position as a young, tech-savvy woman.

Chadwick Boseman, who stars as T’Challa, also praises Wright’s performance and the role of her character. “Letitia lights up the room as soon as she walks in,” he says. “I was there for her audition. I was like, ‘Listen, all these girls are great, but what she has — you can’t teach that.’”

“She embodies, I think, [what] a little sister should be in a movie like this,” Boseman continued. “She brings an aspect of T’Challa out that I love being able to show.”

He also addresses the other women in the film, highlighting his character’s mother, Ramonda, played by Angela Bassett, Nyong’o’s Nakia, and warrior Okoye played by Danai Gurira.

“Okoye allows you to have another dimension of how you operate because she’s so good at what she does that she’s protecting me on another level,” he says. “She’s like another suit.”

Bassett says the women’s roles are a reflection of how they are viewed in African nations.  “[T’Challa] can’t do it without them,” she says, adding that there can’t be a king without a queen.

“That queen is [T’Challa’s] mother, his sister, the all-female guard,” Bassett says. “Behind the scenes, it’s Ryan Coogler with his first [assistant director], his director of photography, his costume designer, his production designer. So, they are kings because of the queens.”