Continue to Variety SKIP AD
You will be redirected back to your article in seconds
Feb 15, 2018 7:10pm PT 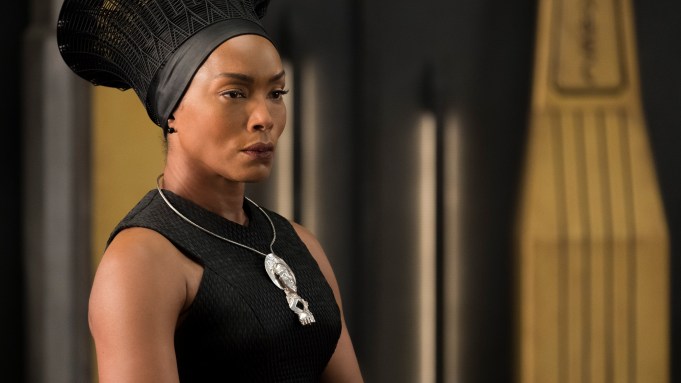 Fans of the heavily anticipated “Black Panther” movie went all out for Thursday night preview showings.

After months of waiting for the theater release and setting a Twitter record with over five million tweets, moviegoers were finally able to watch “Black Panther.” Using the hashtag #WakandaCameToSlay, created by Black Girl Nerds’ Tora Zenzi (@BlackMajiik), users flooded social media with posts showing off their fashion and parties for the premiere.

Attendees posed for pictures at the theater with groups of friends, many sporting traditional African garb to show support for the film which features the fictional nation of Wakanda, a futuristic, tech-savvy kingdom. Others made sure to note that they planned to see the film multiple times and would be posting after each viewing.

“Looking at the joy, the outfits, and the support #Black Panther is getting tonight is making me so happy!” one user said.

Looking at the joy, the outfits, and the support #BlackPanther is getting tonight is making me so happy! 😅😅 pic.twitter.com/WfkJgDGEeh

One fan in Ghana wrote, “Loving the atmosphere here at Silverbird. So many people dressed up. It’s awesome. Excited for Black Panther. There’s an awesome procession going on as well.”

Loving the atmosphere here at Silverbird. So many people dressed up. It's awesome. Excited for Black Panther. There's an awesome procession going on as well. pic.twitter.com/aSyDVT43LI

Many attended in groups and some women recreated the makeup seen on some of the characters in the Marvel film.

Think we didnt, when we did. #BlackPanther pic.twitter.com/wZifRC4FeI

When Wakanda Calls, and you answer. I've been waiting for this moment since I saw my first X-Men cartoon at 8 years old. #BlackPanther #WakandaCameToSlay pic.twitter.com/5ShpH0lBiz