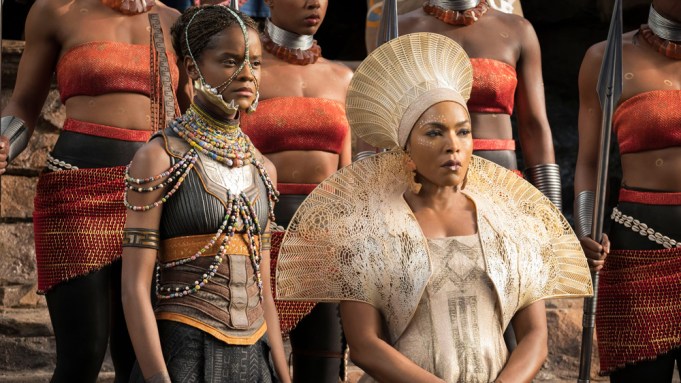 Disney-Marvel’s “Black Panther” has remained red-hot at the North American box office, taking in $10.1 million at 4,020 locations on its 12th day of release to become the 20th-highest grosser of all time, with $421.8 million.

“Black Panther,” starring Chadwick Boseman and directed by Ryan Coogler, has resonated with moviegoers in a way that few other titles have in Hollywood’s recent history — blowing past last month’s tracking that showed it would open domestically in the $100 million-to-$120 million range. Instead, it launched with $242 million on Presidents Day weekend and followed with $111.7 million in its second frame.

“Black Panther” is heading for between $55 million and $75 million in North America to dominate the box office again in its third weekend. If the estimates hold, the third frame of “Black Panther” could be the second or third-best of all time. That list is currently headed by “Star Wars: The Force Awakens” at $90.2 million, followed by “Avatar” at $68.5 million and “The Avengers” at $55.6 million.

“Black Panther” could become one of only 10 movies to cross the $500 million domestic mark by the end of the upcoming weekend. Two new R-rated thrillers are opening this weekend: Fox’s Jennifer Lawrence spy saga “Red Sparrow” and MGM’s re-imagined “Death Wish.” Recent tracking placed “Red Sparrow” in the $15 million-to-$19 million range and “Death Wish” with about $14 million to $16 million.