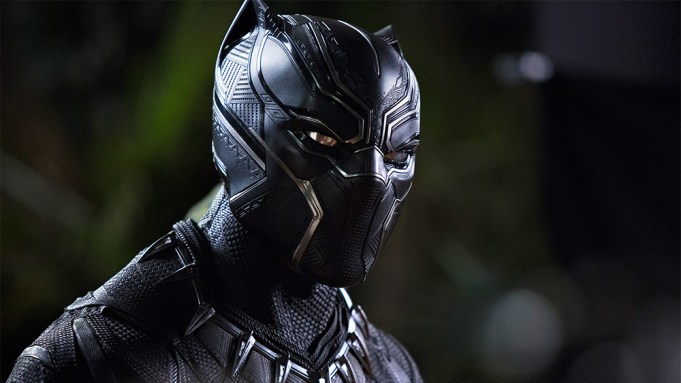 “Black Panther” opened with a bang, picking up a muscular $25.2 million in Thursday preview showings. The comic-book adaptation is making history; it’s the first Marvel Cinematic Universe movie to feature a black protagonist. Its barrier-breaking potential, strong reviews, and the Marvel mystique are all proving to be a potent combination. “Black Panther” is projected to debut to as much as $170 million over the Presidents Day weekend and has already set a record as the fourth biggest pre-seller in Fandango history.

The Thursday opening numbers represent a new high-water mark for the month of February. They are roughly double the previous record of $12.7 million, which was set by “Deadpool.” It also ranks as the second-biggest preview gross for a Marvel title, behind only “Avengers: Age of Ultron,” which scored $27.6 million from its previews. The film did particularly well in IMAX screenings, picking up $3 million from those locations.

“Black Panther” is also a draw overseas, where it has grossed $47 million since it began rolling out on Tuesday. It is now showing in several major markets — a group that includes the United Kingdom, Hong Kong, Taiwan, France, and Australia. On Friday, “Black Panther” opens in Spain, Mexico, Finland, India, and South Africa.

“Black Panther” centers on T’Challa, the ruler of a secretive African nation called Wakanda. He assumes the mantle of Black Panther following his father’s assassination and then has to face off with two challengers, an arms dealer named Ulysses Klaue and Erik Killmonger, a crack fighter with designs on T’Challa’s throne.

“Black Panther” carries a hefty $200 million budget, as well as tens of millions in promotional spending. It stars Chadwick Boseman as the titular character, as well as Michael B. Jordan, Lupita Nyong’o, and Andy Serkis. Ryan Coogler, the director of “Fruitvale Station” and “Creed,” slid behind the camera. He’s the first black director of a Marvel movie.