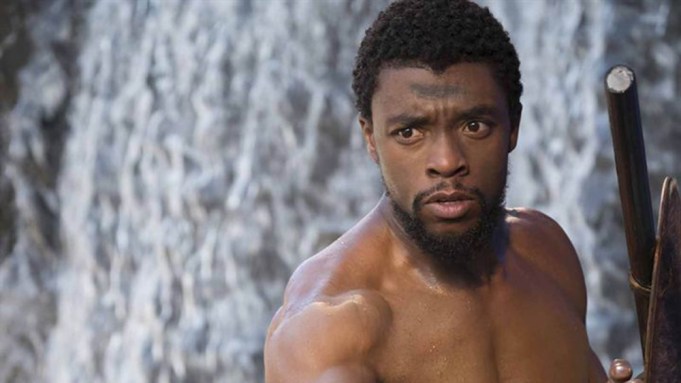 Disney-Marvel’s “Black Panther” remains heroic, taking in an impressive $21 million on Tuesday at 4,020 North American locations — the highest Tuesday gross for a Marvel Cinematic Universe title and the seventh-biggest Tuesday total of all time.

“Black Panther” is one of five films that opened with a $200 million domestic weekend (with $202 million), joining “Star Wars: The Force Awakens,” “Star Wars: The Last Jedi,” “Jurassic World,” and “The Avengers.” It’s notched an A+ Cinemascore — becoming only the second Marvel film to do so — and is a must-see cultural phenomenon. The online ticketing service Fandango reported on Monday that 61% of their customers who had seen “Black Panther” plan to watch it again.

“Black Panther” is heading into its second frame with a strong possibility of becoming the fourth title to top $100 million in a sophomore session domestically. “The Force Awakens” declined 40% to $149 million; “Jurassic World’ slid 49% to $106.6 million; and “The Avengers” fell 50% to $103.1 million.

With a stellar domestic start and a solid international launch so far, it’s quite probable that “Black Panther” will join the 32 films with $1 billion in worldwide earnings by the end of its run.

Directed by Ryan Coogler, “Black Panther” stars Chadwick Boseman, Michael B. Jordan, Letitia Wright, Lupita Nyong’o, Angela Bassett, Danai Gurira, and Daniel Kaluuya. Its success has given the U.S. box office a major lift, with 2018 grosses up 7.3% to $1.64 billion as of Feb. 19, according to comScore.