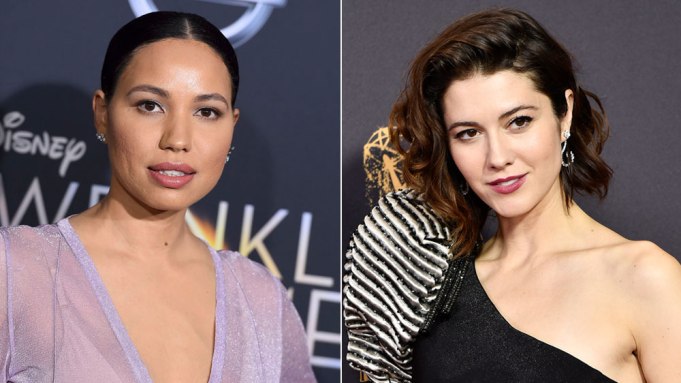 After testing multiple actresses to join Margot Robbie’s Harley Quinn in “Birds of Prey,” Warner Bros. and DC Entertainment are closer to assembling its team of female superheroes.

Sources tell Variety that Mary Elizabeth Winstead and Jurnee Smollett-Bell have been tapped to join Robbie in the comic-book spinoff, with Winstead playing Huntress and Smollett-Bell portraying Black Canary.

Robbie is reprising her role as Quinn, which she first unveiled in 2016’s “Suicide Squad,” and is also on board to produce with Sue Kroll and Bryan Unkeless.

There are several versions of Huntress, aka Helena Bertinelli, throughout DC Comics. The “Birds of Prey” iteration is a former mafia princess who was devastated at a young age when her family was killed in a mob hit, turning her into a vigilante and eventually leading her to join the Birds of Prey team. Black Canary, aka Dinah Lance, is a good-natured and idealistic streetfighter in the comics.

In the film, the team will fight a Gotham crime lord who has yet to be unveiled.

Winstead’s star has been on the rise since her leading role in the Bad Robot movie “10 Cloverfield Lane.” She recently earned some of the best reviews of her career in the FX series “Fargo.” Winstead just wrapped “Gemini Man,” opposite Will Smith, and also has “The Parts You Lose.” She is repped by WME.

Smollett-Bell is best known for her starring roles on major TV shows like “True Blood” and “Underground.” She has landed the highly coveted role in J.J. Abrams and Jordan Peele’s upcoming HBO series “Lovecraft Country.” Smollett-Bell is repped by ICM Partners and Management 360.