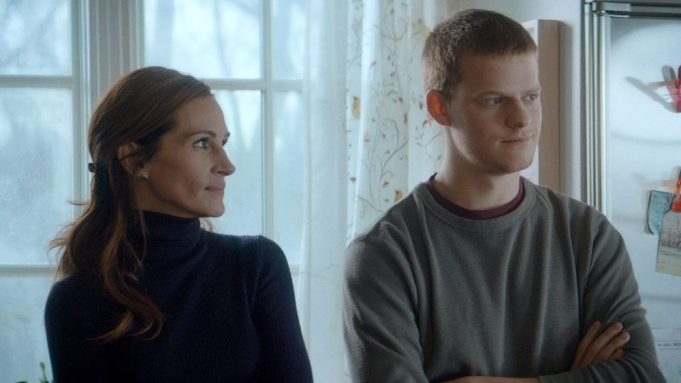 Julia Roberts is quietly desperate for her son in the new trailer for the family drama “Ben Is Back.”

She portrays the mother of a charming yet deeply troubled boy, played by Lucas Hedges, who arrives home unexpectedly on Christmas Eve after skipping rehab.

“He’s got the sparkle back in his eyes,” Roberts says before hiding the household’s pill bottles.

Ben is soon forced to pay off a drug debt in a sleazy part of town as his mother waits in the car. “If you really knew me, you’d be done with me,” Hedges tells her.

The grim footage also shows Roberts taking Hedges to the local graveyard and telling him, “Just tell me, son, where you want me to bury you.”

“Ben Is Back” premiered last month at the Toronto Film Festival. In his review for Variety, chief film critic Peter Debruge gave the film high praise, writing, “The entire film is that rarest of gifts for its cast, providing virtually every character with a chance to play not only the present moment, but the complicated history they’ve established with Ben in the past, as well as whatever chance they see in the troubled young man’s future.”

The film has an awards-season release date of Dec. 7. Watch the trailer above.