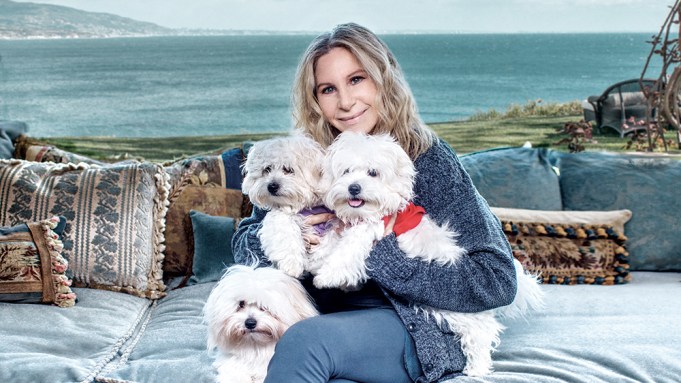 For an interview with Variety for this week’s cover story, Barbra Streisand had a caption suggestion. She wanted a portrait taken at her Malibu estate with her three dogs to be called “Send in the Clones.”

This wasn’t just a clever turn of phrase. Streisand revealed that two of her dogs, Miss Violet and Miss Scarlett, were cloned from her 14-year-old Coton du Tulear Samantha, who died in 2017. Before Samantha died, Streisand had cells taken from her mouth and stomach.

“They have different personalities,” Streisand says. “I’m waiting for them to get older so I can see if they have her [Samantha’s] brown eyes and seriousness.”

Her third dog is a distant cousin of Samantha’s. A breeder brought the dog, whose mother had been named Funny Girl, and Streisand was smitten. She adopted the new dog and called her Miss Fanny, which is how Fanny Brice’s dresser refers to the character in the movie.

After the clones arrived, Streisand dressed the dogs in red and lavender to tell them apart, which is how they got their names — Miss Scarlett and Miss Violet. All three dogs appear frequently in Streisand’s Instagram feed.

Read more from our cover story with Streisand here.