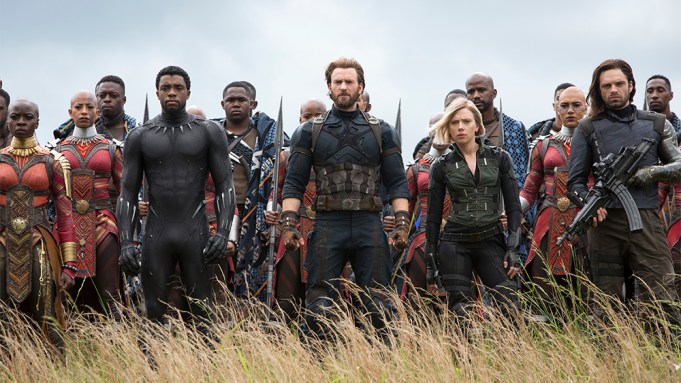 Disney-Marvel’s “Avengers: Infinity War” has gone past “Jurassic World” to become the fourth-highest grossing film at the worldwide box office.

Disney announced Thursday that the third “Avengers” film hit $1.686 billion worldwide. Domestic grosses reached $562.9 million after 20 days of release, while international totaled $1.123 billion in three weeks. Overseas grosses are led by China with $240.3 million, South Korea with $86.2 million, the U.K. with $84.5 million, Brazil with $57.5 million, and Mexico with $56 million.

“Avengers: Infinity War” became the fastest film to hit the $1 billion worldwide mark, needing only 11 days to do so. It reached the milestone one day earlier than “Star Wars: The Force Awakens.” It now trails only three titles at the all-time worldwide box office — “Avatar” with $2.79 billion, “Titanic” with $2.19 billion and “Star Wars: The Force Awakens” at $2.07 billion.

The domestic total is currently eighth on the all-time list. After three weekends in first place, “Infinity War” will likely get bumped down to second place in its fourth weekend by Fox’s launch of “Deadpool 2,” which is tracking for between $130 million and $150 million in North America. “Infinity War” will probably take around $30 million to wind up this weekend with close to a $600 million domestic total.