Continue to Variety SKIP AD
You will be redirected back to your article in seconds
Mar 16, 2018 6:12am PT 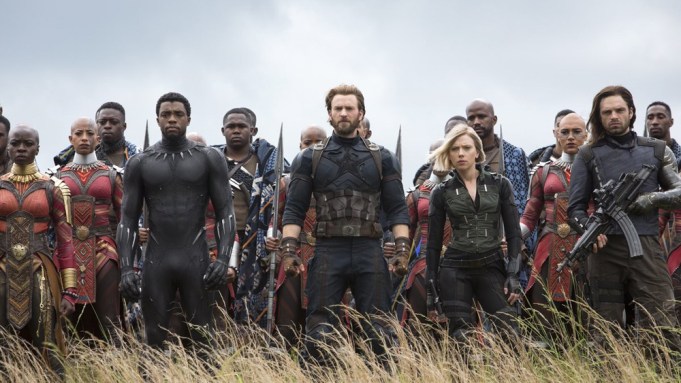 Tickets for the film also went on sale Friday. They can be purchased from Fandango or from specific theater chains now.

The trailer showcases all of the Marvel Cinematic Universe heroes, including Iron Man, Black Panther, Captain America, Black Widow, Hulk, and Thor struggling in their fight against Josh Brolin’s villain Thanos. Like previous footage, the new trailer warns of death and destruction at the hands of Thanos.

“The entire time I knew him, he only ever had one goal: to wipe out half the universe. If he gets all the Infinity Stones, he can do it with the snap of his fingers,” Zoe Saldana’s Gamora says.

At one point in the trailer, Star-Lord tells Iron Man that his plan to defeat Thanos “sucks.”

“Let me do the plan, then that way, it might be really good,” he says.

The trailer closes with Iron Man and Captain America facing off against the baddie, individually, as their lives hang in the balance.

The movie is directed by Anthony and Joe Russo, who helmed “Captain America: The Winter Soldier” and “Captain America: Civil War.” The Russo brothers will also direct the untitled fourth “Avengers” movie, which is expected to conclude this chapter of MCU films.

The release date for “Infinity War” was recently pushed up a week to April 27.