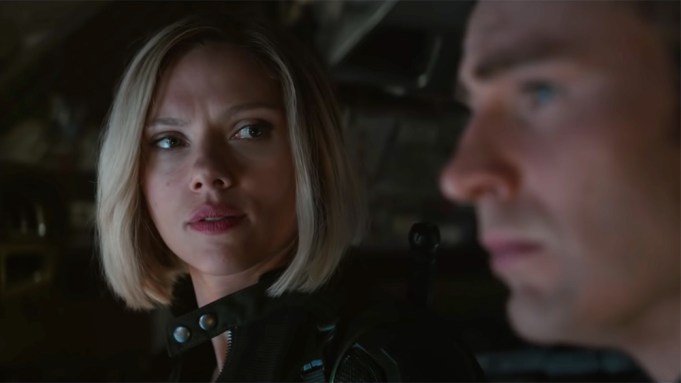 That’s the takeaway from the first trailer for the fourth “Avengers” movie — a sequel that finds Iron Man (Robert Downey Jr.), Captain America (Chris Evans), and Black Widow (Scarlett Johansson) scrambling to concoct a plan to defeat Thanos, the intergalactic baddie who destroyed half of all life in the universe in the previous installment. The highly anticipated new film, titled “Avengers: Endgame,” hits theaters on April 26, 2019.

As fanboys and fangirls will remember, “Avengers: Infinity War” ended with the team in ruins and half of its members apparently disintegrated. The trailer for “Endgame” finds Iron Man floating in space with only a day’s worth of oxygen available. Given his diminishing chances for survival, Tony Stark’s sardonic side appears to have lost some of its edge. Back on Earth, Cap and Black Widow are cooking something up, but they don’t appear to be acting from a position of strength.

“We lost friends,” says Cap. “We lost family. We lost part of ourselves. This is the fight of our lives.”

“This is gonna work,” Black Widow reassures him.

“I know it is, because I don’t know what I’m going to do if it doesn’t,” he replies.

Avengers assemble … just hopefully not for the final time.