Armie Hammer: ‘Call Me by Your Name’ Sequel ‘Will Happen’ 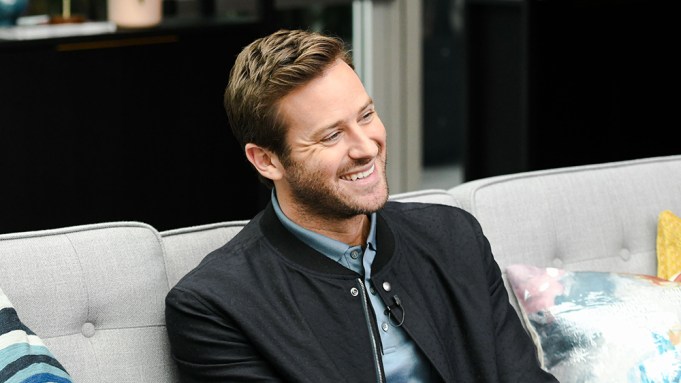 The sequel to “Call My By Your Name” is coming along quite nicely.

Armie Hammer says, “It will happen because there are already people working on it and trying to make it happen.”

The actor, however, is tightlipped about revealing too much. “How much do I know and how much could I tell you are two very different things,” he said at the Variety Studio presented by AT&T at the Toronto International Film Festival while promoting his new real-life drama “Hotel Mumbai.” “I know a lot, but I can’t tell you anything.”

Director Luca Guadagnino has never been shy about his desire to make a sequel with Hammer and Timothée Chalamet. He has said the follow-up would take place in the early 1990s, about five years after the original time, and will touch upon the early years of the AIDS epidemic.

“More than anything I trust the artistic direction to Luca and [novelist] André Aciman and to those guys who did such a good job handling it the first time around,” Hammer said. “The only thing I want to see is I want to see it happen. I want to do it again.”

“I miss the whole crew,” he added. “It was such a special time. It was such a collaborative, unique, and totally immersive filming experience that I never really had, nor since. If we get to do another one, I’ll feel really lucky.”

Hammer continues to receive peached-theme gifts, including peach-flavored Haribo candy. A fan gave him a 10-pound bag for his birthday after one of his performances on Broadway in “Straight White Men.”

We had to ask if anyone from the peach industry has approached him about becoming a spokesman. “I’m pretty sure the peach industry saw what we did to the peaches and was like, ‘We can’t go there,’” Hammer said before adding with a laugh, “Peaches — they’ve got a variety of uses.”