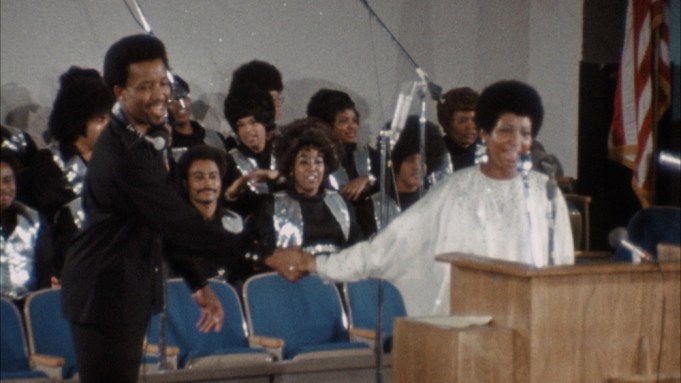 AFI Fest has added a screening of the Aretha Franklin documentary “Amazing Grace” on Nov. 15 at the TCL Chinese 6 Theatres.

The film, shot in 1972 by Sydney Pollack at the New Temple Missionary Baptist Church in Los Angeles, premiered Monday at the DOC NYC festival. Warner Bros. Pictures captured the footage for a companion documentary to the double live album “Amazing Grace,” which became Franklin’s best-selling album, but technical issues prevented the release of the pic.

Producer Alan Elliott acquired the movie rights in 2007 and worked with a team of producers, including Joe Boyd, Robert Johnson, Chiemi Karasawa, Sabrina Owens, Jerry Wexler, Tirrell D. Whittley, and Joseph Woolf. Franklin, who died in August, went to court repeatedly to stop its release. “Amazing Grace” is being launched with the support of Franklin’s estate.

The movie includes an 11-minute version of “Amazing Grace,” “Mary Don’t You Weep,” “What a Friend We Have in Jesus,” “Precious Memories,” Carole King’s “You’ve Got a Friend,” and Marvin Gaye’s “Wholy Holy.”

Variety‘s chief film critic Owen Gleiberman praised the pic in his review: “She sounds like the holiest of trumpets, with every note piercingly bright yet as soft as velvet. Listening to Franklin, you feel like you could ride that voice into the heavens. She’s not just a singer, she’s a human chariot.”