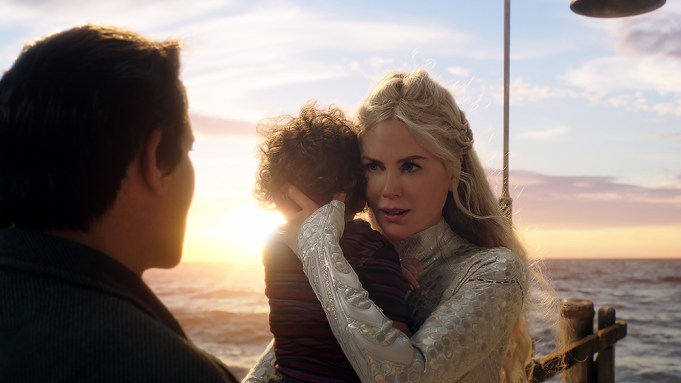 Things are going swimmingly at the box office for “Aquaman” as the Warner Bros.’ superhero flick hits another major milestone overseas.

James Wan’s take on the ruler of the seven seas just passed $250 million internationally, and a weekend haul of $126.4 million from 43 territories brings its foreign tally to $261.3 million. “Aquaman” — starring Jason Momoa — opens in the U.S. on Dec. 21.

“Aquaman” has seen the biggest returns in China, generating another $54.2 million this weekend. It has now earned $189.2 million in the Middle Kingdom, ranking as the fourth-highest grossing superhero movie of all time in that territory. It launched in the mainland last weekend with a record $94 million. Mexico racked up $7.9 million when it opened on 1,715 screens this weekend, followed by Brazil ($7.7 million), Russia ($7.4 million) and the United Kingdom ($6.5 million).

Reviews have been surprisingly strong for the aquatic adventure, the first feature film centered on the heir to the underwater kingdom of Atlantis. The cast also includes Nicole Kidman, Amber Heard, and Willem Dafoe.

Another hero in Spandex, “Spider-Man: Into the Spider-Verse,” amassed $21 million when it debuted in 44 markets. Sony’s take on the Marvel character launched in North America with $35.4 million, ranking as the best start for an animated movie in December.

Illumination and Universal’s “The Grinch” continues to impress with $23.3 million from 65 territories. The animated comedy based on the Dr. Seuss classic has made $372.7 million globally, with $133 million of that bounty coming from overseas. It opened this weekend in China with $2.9 million and Japan with $2.3 million.

Meanwhile, Fox’s “Bohemian Rhapsody” shows no signs of slowing down. The Queen biopic drummed up another $20 million overseas, taking its foreign tally to $455 million.

“Fantastic Beasts: The Crimes of Grindelwald” landed in fifth place with $11.8 million. The “Harry Potter” spinoff sequel has made $595 million worldwide, majorly lagging behind its predecessor, “Fantastic Beasts and Where to Find Them,” which ended its theatrical run with $814 million at the global box office.

Elsewhere, Universal’s “Mortal Engines” brought in $11.5 million from 54 markets. Peter Jackson’s steampunk adventure is a massive flop, sputtering with just $7.5 million when it opened in North America. The sci-fi epic, which cost over $100 million to make, has earned just $42.3 million globally.