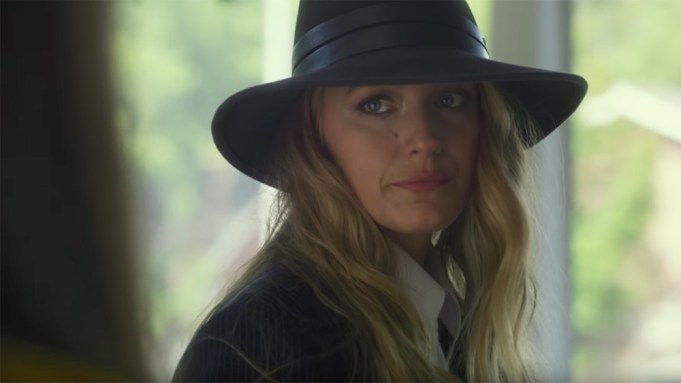 Blake Lively is the new “Gone Girl.” On Friday, Lionsgate released the trailer for the mystery thriller “A Simple Favor,” starring Lively as the enigmatic Emily and Anna Kendrick as her friend, Stephanie, whose life is thrown into suspense when Emily suddenly goes missing.

“A Simple Favor” sees its A-list women become fast friends as mothers whose kids attend the same elementary school. But the plot soon darkens when Emily disappears after asking Stephanie to do her “a simple favor.”

The trailer opens innocently enough, with Emily and Stephanie meeting under the shelter of the elementary school building on a rainy pickup day.

Kendrick’s and Lively’s characters are soon best friends, though they appear to be very different people. Stephanie takes on a squeaky-clean mom role, while Emily seems to be hiding a dark secret.

“She’s an enigma, my wife,” warns Emily’s husband, played by Henry Golding. “You never quite reach her. She’s like a beautiful ghost.”

When Emily is suddenly nowhere to be found, Stephanie finds herself entangled in her new friend’s complex past and present. Flashes of their at times one-sided relationship play to ominous music.

“I guess I’m not the kind of person you’re normally friends with,” Stephanie says, to Emily’s chilling reply: “Oh, you do not want to be friends with me. Trust me.”