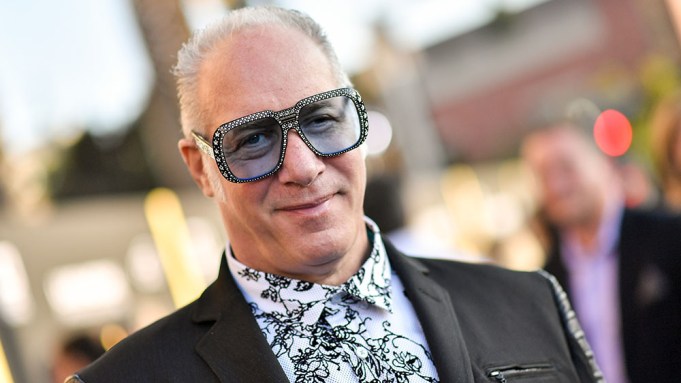 Andrew Dice Clay had some tough competition to play the father of Lady Gaga’s character in “A Star Is Born.”

After all, he was up against legendary actors like Robert De Niro, John Turturro, and John Travolta for the part, he revealed to Variety on Monday night at the film’s Los Angeles premiere.

“These are major, major movie stars, and that’s who’s up for this,” Clay told Marc Malkin. “And [director Bradley Cooper] says, ‘I wanna offer you the part of Lorenzo.’ And I go holy… And now here we are. I’m glad it was me. Those guys work enough. So I’m glad I got to play a dad.”

Clay said he didn’t initially know he was auditioning to play a father. Coincidentally, he spent his first meeting with Cooper talking about his kids.

“We had a meeting on a Friday for three and a half hours, which I basically talked about my sons,” Clay said. “I didn’t even know what the part might be. But Bradley is getting ready to play this rock star, and my kids are rock stars. We even played some of their album in my office. He was just letting me go.”

The following day, Clay said he got a text asking if he could meet Lady Gaga at a music studio in Hollywood. There, he recalled, the two bonded over music.

“We do a couple scenes that we’ve made up in a way, that Bradley told us what he was looking for,” he said. “I’m holding her, I see my tears falling on her blonde hair going, why am I holding.. I don’t know this girl for 20 minutes, and I’m crying on her. What people would pay to hold the biggest pop star in the world! And even that’s an understatement. She’s the real deal as a vocalist.”

When Cooper finally gave Clay a ring later that week to share the big news, Clay said he missed the call.