Nicole Kidman Is ‘Scared’ to Explain Some of Her Roles to Her Children: ‘It’s Incredibly Exposing’ 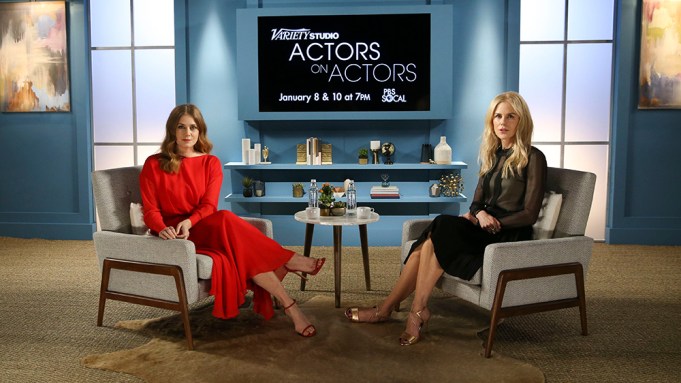 Amy Adams and Nicole Kidman’s children are thrilled when their mothers pick projects that they’re actually allowed to watch, the two actresses said during their Variety Actors on Actors conversation.

“My daughter said, ‘can you please do a movie that I can see?'” Adams told Kidman while discussing their hesitancy to let their children watch them in roles with mature themes. “She’s like, ‘can I watch “Sharp Objects?”‘ and I’m like, ‘Oh god, no, never.'”

However, Adams knows that the day will come when she can no longer stop them.

“They’re going to [watch] though, and then it’ll be wonderful conversations, I think,” she said.

“They’ll unravel us,” Kidman said. “I’m actually scared how to explain some of the choices. It’s incredibly exposing and vulnerable.”

That made Adams recall a day during filming for “The Woman in the Window” when she brought her daughter, Aviana, on set.

“I forgot she was there, and I’m not a big swearer, except if I’m messing up,” Adams said. “She’s never heard me say the F-word until that day, and there must have been 15.”

Kidman said her kids have heard her swear in character, but never in real life. “I don’t swear,” she said. “I grew up with a father that never — I never heard him cuss ever.”

Kidman agreed that censoring her performances from her young children is often necessary — for that reason, she’s especially happy to be able to share her experience playing Queen Atlanna for the upcoming DC film “Aquaman.”

“I loved it because my daughters were so interested, and they’re not usually that interested,” Kidman said.