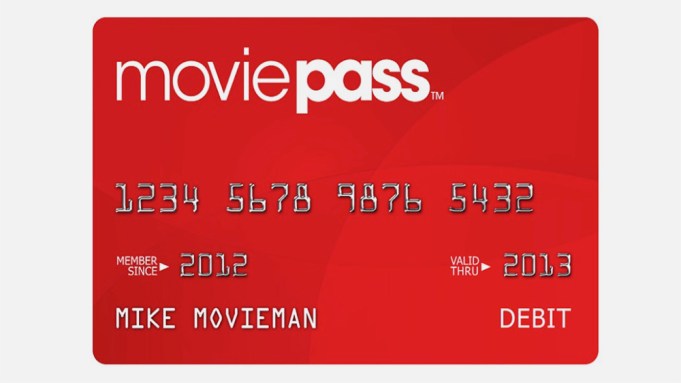 AMC Theatres, the world’s largest exhibitor, has unveiled its answer to MoviePass after disparaging the popular subscription service as a house of cards for nearly a year.

On Tuesday, the theater chain will begin offering guests the chance to see up to three movies per week for the monthly fee of $19.95. The offering is being run through its loyalty program AMC Stubs, and has been dubbed AMC Stubs A-List. In a clear dig towards MoviePass, a thorn in the exhibition business’ side because of its discounted ticketing, AMC calls its pricing “sustainable.”

MoviePass is the cheaper option, giving customers the chance to see a movie a day for a monthly fee of $9.99. It can also be used at nearly any theater that accepts MasterCard. However, AMC’s program offers some features that MoviePass has not matched. Namely, customers can see movies in premium formats such as IMAX, Dolby Cinema, and RealD. MoviePass can only be used for 2D films. The battle to discount comes after years of rising ticket prices. Those heftier fees have been able to off-set declines in domestic attendance. Since 2002, ticket prices have increased by 54%, while ticket sales have fallen 22%.

It also unfolds as MoviePass faces questions about its long-term viability. MoviePass has been able to attract 3 million customers since slashing its prices last summer. Yet there are concerns about its liquidity. In October, Helios and Matheson’s stock was trading at $38.86 a share. The value has declined rapidly since a Securities and Exchange Commission filing revealed the company had $15.5 million in available cash at the end of April, plus $27.9 million on deposit with merchants. Its monthly expenses totaled $21.7 million. An independent auditor raised “substantial doubt” in financial documents made public by MoviePass about the company’s ability to continue operating as “a going concern.” On Tuesday, the company’s stock fluctuated wildly as MoviePass pitched investors on a plan to avoid being delisted on Nasdaq because its shares were trading at too low a price. MoviePass’s parent company, Helios and Matheson, closed the day at 44 cents a share.

MoviePass’s business model is controversial. It pays full price for the tickets that its customers purchase on MoviePass-enabled MasterCards, and then discounts them heavily. It believes that the data it collects on consumer behavior will be so powerful that it will find alternative ways to make money.

AMC plan is distinct from MoviePass in other respects. The exhibitor said that subscribers will not be able to carryover movies from week to week if they see fewer than three. Unlike MoviePass, however, they can even see all three movies on the same day, and they can watch movies they have previously seen. Guests can also reserve tickets in advance. MoviePass customers have to be within a certain distance of a theater before booking tickets, and they cannot buy tickets multiple times for the same movie.

There is no love lost between the companies. Last summer, AMC CEO Adam Aron dismissed MoviePass as a “small fringe player” and said it “only sets up consumers for ultimate disappointment down the road if or when the product can no longer be fulfilled.” In an interview with Variety last April, MoviePass chief Mitch Lowe said he had been in touch with Aron a few times, but characterized their email exchanges as “not the friendliest.”