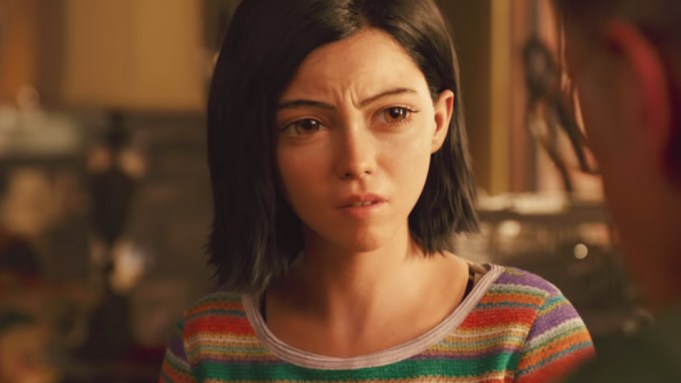 The studio showed the trailer and footage on Saturday to a crowd at Comic-Con in San Diego, then dropped the trailer online on Monday. It shows Alita in a dystopian world and grappling with the mystery of her backstory. “It’s the loneliest feeling not knowing who you are,” she says in the clip.

The movie, based on the manga series by Yukito Kishiro, is based on the premise that Alita is a cyborg without a memory of who she is in a future world. Christoph Waltz appears as a doctor who realizes that Alita still has a heart and soul and contains technology that’s been undiscovered for 300 years.

The fight sequences show the titular Alita, played by Rosa Salazar, battling a hulking half man/half machine with long metal spiked chains that extend from his hands as she becomes a bounty hunter tracking down criminals.

Cameron, who is currently shooting a series of “Avatar” sequels, and Laeta Kalogridis wrote the screenplay. Landau told Variety in April at Cinemacon that it’s quite possible that the film will be basis of a franchise.

“Kishiro wrote 30 stories in the Alita series and we used the first three for this movie,” he said. “Our focus is always on one movie but this one is ripe with opportunity.”