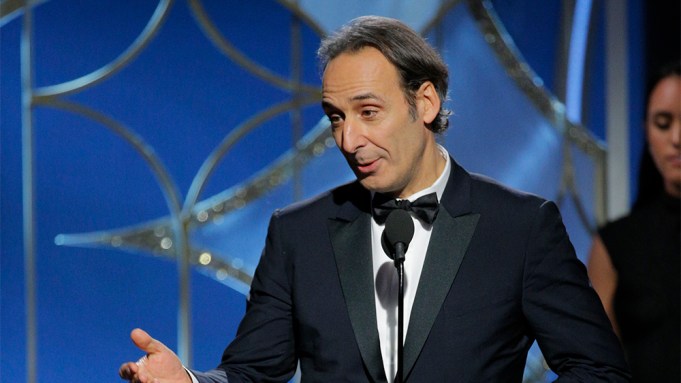 Composer Alexandre Desplat won Best Original Score for “The Shape of Water” at the Golden Globe Awards on Sunday night. To director Guillermo del Toro, Desplat said from the stage, “Your movie has moved me so much because it’s made of your humanity and your passion.”

Desplat, a nine-time nominee who won in 2007 for “The Painted Veil,” later addressed reporters backstage to share how he approached the score for “The Shape of Water.”

“At the end of the day, this movie is about love,” Desplat said. “Nothing else. Love. Sharing. Humanism and respect. The music just had to convey that.”

The nominees included scores by Radiohead’s Jonny Greenwood as well as frequent nominees Carter Burwell (previously nominated for “Carol” and “Where the Wild Things Are”), four-time winner John Williams and two-time winner Hans Zimmer. The full nominations appear below.