‘Aladdin’ Teaser Features Mena Massoud as the ‘Diamond in the Rough’ 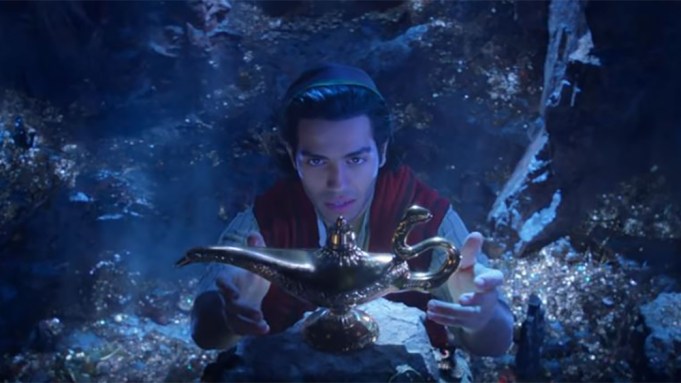 The trailer begins with a bird’s eye view of Agrabah, the fictional city where the story takes place, as a parrot — presumably Jafar’s companion Iago — soars overhead. The scene soon transitions to the legendary tiger’s mouth Cave of Wonders, with the outline of Jafar standing out front as Aladdin disappears inside while the gravelly-voiced guardian of the cave intones that “only one may enter here…one whose worth lies far within…the diamond in the rough.”

Massoud, who appeared in Amazon’s “Jack Ryan” series, was cast in the role in July 2017. Guy Ritchie is helming the pic, with original composer Alan Menken collaborating with Benj Pasek and Justin Paul on new songs. Naomi Scott will play Jasmine, with Will Smith as the Genie (a role made famous by Robin Williams in the original film). Marwan Kenzari (“Murder on the Orient Express”) will portray Jafar.