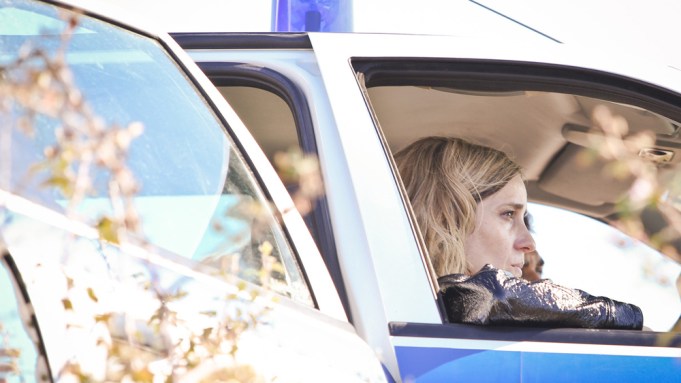 Variety has been given exclusive access to the first teasers for Syllas Tzoumerkas’ female revenge story “The Miracle of the Sargasso Sea” – being sold at AFM by Jan Naszewski’s New Europe Film Sales.

Set in a small eel-farming town in the west of Greece it’s a story of two women, who live solitary lives while dreaming of getting away. One of them is Elisabeth, a once-ambitious policewoman forced to relocate from Athens 10 years ago and now living a joyless, hung over life; the other is Rita, a quiet, mysterious sister of a local music star. When a sudden suicide case upsets the town and turns the local community upside-down, the two women who have been ignoring each other’s existence so far begin drifting toward each other. As the secrets hidden in the swamps begin to surface, they will have a chance to become each other’s saviors.

The film features two strong performances from the leading actresses, who both starred in Tzoumerkas’ previous films – “A Blast” (2014) and “Homeland” (2010) – Angeliki Papoulia (seen in Yorgos Lanthimos’ “Dogtooth,” “Alps” and “The Lobster”) and Youla Boudali (Fatih Akin’s “In the Fade”). The teasers feature both female leads as Rita and Elisabeth in their environments.

Naszewski commented: “I love the exciting combination of strong images, sound and tension that the film carries. The two actresses’ performances are wonderful to watch.”

Tzoumerkas says the film has “a very clear genre spine. But if you expect to see your usual thriller, you’ll be taken to a whole different territory. The film constructs a dream space, shared between these two women. Their visions, dreams and their existential turmoil all come together because they both share this immense desire to change their lives.”

New Europe Film Sales is the company behind the success of films such as ”Rams” (Un Certain Regard winner 2015), ”Summer” 1993 (Spain’s Oscar entry this year), and “United States of Love” (Silver Bear 2016), among others. Its recent lineup includes Directors’ Fortnight and TIFF-selected “The Load” by Ognjen Glavonic, Sundance favorites “Pity” by Babis Makridis and “Loveling” by Gustavo Pizzi, and as well as the upcoming “County” by “Rams” director Grimur Hakonarsson, which the company is pre-selling during AFM.