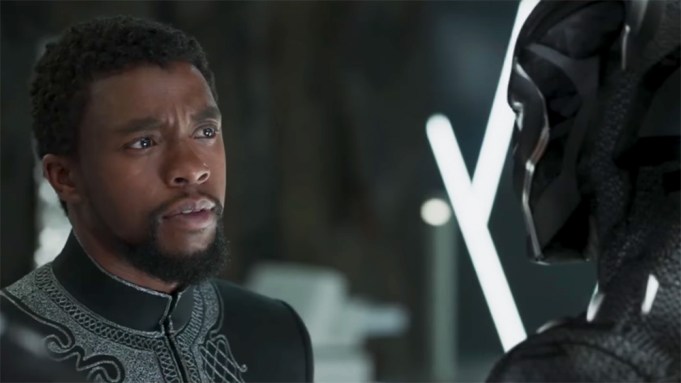 “Black Panther” is four days away from its wide release, and has already become the biggest seller of advance Imax tickets of any Marvel title, Imax Entertainment CEO Greg Foster told Variety on Monday.

“We have a movie that has clearly captured the zeitgeist,” Foster said. “Pre-sales are the surest way to see how momentum is going: The momentum is gathering steam as opposed to slowing down.”

With each passing week, box office estimates for the film’s opening weekend have climbed, reaching more than $150 million on Monday. The film could potentially have the largest February opening weekend ever, beating out “Deadpool,” which opened in February 2016 to a weekend box office total of $152 million.

Foster declined to provide specific figures on pre-sales, but said advanced Imax tickets for the film do not appear to have peaked yet.

“A movie often peaks 10 days before it opens,” he said. “This movie feels like it’s going to peak the day it opens. It’s remarkable.”

Additionally, the film is attracting audiences all across the country. “There are no borders on this. The momentum is continuing on both coasts and in the middle; in red states and in blue states. In giant cities and smaller suburbs.”

“Black Panther” is directed by Ryan Coogler, based on a screenplay written by Coogler and Joe Robert Cole.