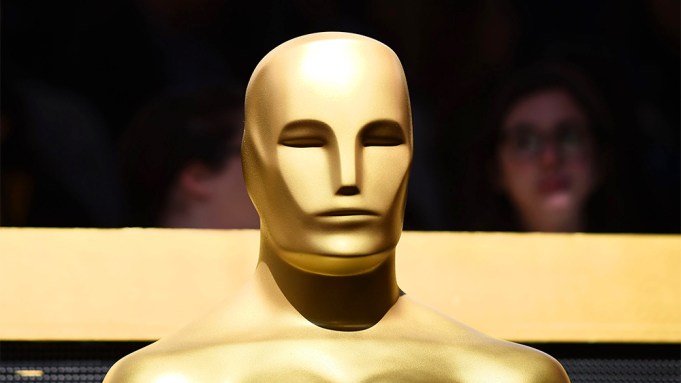 The Academy of Motion Picture Arts and Sciences is instituting sweeping changes to the Oscar broadcast as it tries to find ways to bolster ratings for the flagging telecast.

In a message to its membership, the group’s president John Bailey and its CEO Dawn Hudson said the broadcast will now include a new category for outstanding achievement in popular film.

The organization’s initial announcement raised more questions than it answered. The Academy later issued a statement clarifying eligibility concerns. Films can be nominated for both outstanding achievement in popular film and for the Academy Award for best picture. The new category will be introduced this coming year, at the 91st Oscars.

The message may have been muddled, but the Academy’s intentions were clear. At one point in its history, Oscar voters routinely named blockbusters such as “Titanic” or “Gladiator” as the year’s best. That’s changed. Recent best picture victors such as “Moonlight,” “Spotlight,” and the 2018 winner “The Shape of Water” have been firmly ensconced in the arthouse world, whereas well-reviewed hit films such as “Guardians of the Galaxy” or “Star Wars: The Force Awakens” have only been recognized for their technical achievements.

“We have heard from many of you about improvements needed to keep the Oscars and our Academy relevant in a changing world,” Bailey and Hudson wrote in a note to members. “The Board of Governors took this charge seriously.”

The Oscar broadcast has also been slagged as a tedious affair, one that is larded with awards, speeches, musical performances, and montages. To that end, the Academy’s board of governors announced on Wednesday that future broadcasts will be three hours long.

The 2018 awards show, which clocked in at almost four hours, was the least-watched Oscars to date. Though it pulled in a sizable 26.5 million viewers, the ratings were down 19% compared to the previous year.

As ratings for the show have atrophied, the number of film awards, particularly the televised variety, have ballooned. The Golden Globes, Screen Actors Guild, Independent Spirit Awards, and Critics’ Choice Awards all are announced prior to the Oscars and often recognize the same actors and filmmakers who go on to win Academy Awards. This can make that final broadcast seem more like a coronation than a surprise-filled evening. To that combat this fatigue, the Academy set an earlier air date for the 2020 telecast, moving it from Feb. 23 to Feb. 9. Next year’s telecast will still air on Feb. 24, as previously announced.

To accommodate a three-hour ceremony, select categories will be presented during commercial breaks. Winning moments will be edited and later aired during the broadcast, Bailey and Hudson said. The Tony Awards has taken a similar approach and the Oscars has already moved certain honors, such as its career achievement and humanitarian awards, to a different night in an effort to keep things moving.

This isn’t the first time that the Academy has tried to shake up the way that it hands out awards to avoid giving out hardware exclusively to more avant garde fare. In an effort to be more democratic in the films it recognizes, the Oscars broadened the number of films eligible for best picture in 2009 from five to a possible 10. That move happened after members and fans were shocked that 2008’s “The Dark Knight” was snubbed for the top Oscar. Initially the decision to open up the best picture race seemed to work. Popcorn films such as “Avatar,” “Inception,” “Mad Max: Fury Road,” and “The Martian” all scored best picture nods. However, last year’s batch of best picture contenders was the lowest-grossing since 2011, and included films such as “Lady Bird” and “Call Me by Your Name” that were more admired than seen.

Bailey and Hudson said the organization’s board of governors, staff, and certain working groups of members have spent the last several months discussing improvements to the show. ABC, which broadcasts the show, also reportedly lobbied the Academy to spruce up the telecast to avoid becoming obsolete.

The moves are likely to be controversial, particularly the decision not to televise certain awards and the creation of the popular film category. In particular, it’s unclear if financially successful films will now get the cold shoulder from voters assessing the year’s best picture because blockbusters have been given their own award.

Of course controversy is nothing new for the non-profit group behind the film awards. After being harshly criticized for ignoring performers of color in its 2015 and 2016 broadcasts, the Oscars began to institute sweeping changes. In particular, the group has taken steps to diversify a membership that was primarily older, white, and male. It has set a goal to double the number of women and ethnic minorities in the Academy by 2020.

At the same time, the group has also been dealing with funding headaches and cost overruns surrounding the construction of a 300,000-square-foot Academy Museum that is set to open in mid-2019. The Los Angeles-based attraction will celebrate film history, presumably making space for both blockbusters and art house fare in its rotating exhibits.