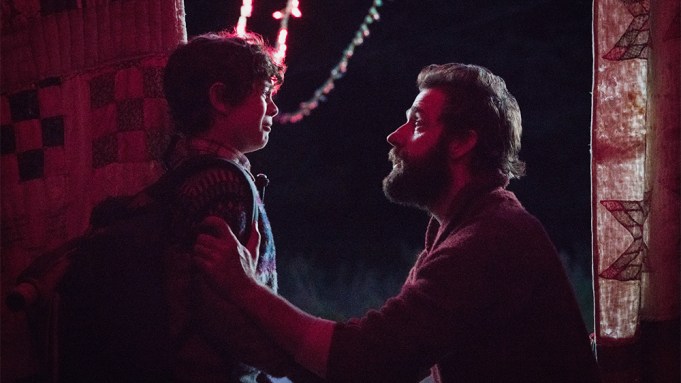 Fuller, along with Platinum Dunes co-founders Michael Bay and Andrew Form, has produced a number of successful films over the years, going back to their reboots of “The Texas Chainsaw Massacre” and “Friday the 13th” to the “Purge” franchise. Still, from the moment they read the script, the producers were aware “A Quiet Place” would be a challenge unlike anything the company had taken on before.

Here, Fuller talks with Variety about how the film came to be, working with John Krasinski as a director, and what the future holds for possible sequels.

When you first started putting this film together, did you ever dream the film would end up doing what it did over the weekend?

Listen, there is no one who thought it would do what it did. It’s this crazy thing, you can’t even dream about that. So, no. The answer is we had no idea we would be here. We went into the weekend hoping for mid to high 20s, if we got lucky.

Even that’s a win because at mid to high 20s, that covers the budget you were working with, compared to a “Turtles” movie, which obviously is much higher. After doing both of these types of movies like a “Turtles,” where you are given a bigger budget compared to this or the “Purge” pics, which are much smaller budgets, do you have a preference now on which of those films you’d rather work on?

I can describe it to you this way. My car is a stick shift, and I like driving a stick shift because I feel like I’m more involved in driving on a day-to-day basis. That’s what making something like a “Purge” pic, which is still much smaller then “A Quiet Place,” but not by much, feels like. Where with a “Turtles” pic, it’s like being in a Cadillac because you don’t feel the road as much. If you feel a bump in the road you can get past it, but I prefer and love making movies under $20 million. It’s what we’ve always enjoyed doing. “Turtles” is its own thing because we love that property so much and we are hopeful we can make more. But our bread and butter is making these under $20 million thrillers.

When did you know during the production that you were a part of something special?

It started when we met with John. He is a unique human being. He is very thoughtful and kind and also very brilliant. The thing about John is he is a force, and he gets things done. He just does. For example, when he says he wants a Neil Young song for the film and I go, “John, I don’t think we have the money for a Neil Young song.” He just goes, “Oh no, no, we’re gonna get it.” And then we end up getting it. That just shows his determination. That type of ingenuity happened daily on this movie. He just gets shit done.

Speaking of Krasinski, what was it like working with him as a director and how did it help that he was both acting and directing during the production?

He gets great performances quickly, and I think that is because he is an actor and can speak in shorthand and express what he would need to get a great performance out of himself. Obviously, he already has shorthand when talking to his wife and with the children in the film. They were like a family by the time we started shooting the film. It was important to John that by the time we started shooting they had spent a lot of time together, so that way when the cameras started rolling, the family felt like an authentic family. They went to great lengths to get to know one another and so with John, it was character first and scares and everything else second. That was new for us and that is what he brought. What’s really wonderful is that what people are loving about this movie is that there is a core family and then there are scary things around that, but if you didn’t love the family and you don’t have the relationship that John creates with that family, then I don’t think the movie works in the same way.

This was the first time Emily and John worked together. From your perspective, did it seem that way or did it seem like they had been working together for years?

It felt very natural from what I saw, and I felt they had a lot of time to talk about what it was going to be and all sorts of things about their characters. It felt like they were in perfect sync with one another.

With so many sequels and comic book movies upon us, do you think it only helps the biz when original ideas like this one and “Blockers” see success at the box office?

I think that it’s fantastic that our movie worked and “Blockers” worked, and I think there is a big marketplace out there, where you can have Marvel movies and big franchises and then there can be movies like ours, that feel like outliers until they come into the marketplace and the audience discovers them. What’s amazing about the Marvel and “Star Wars” movies is there is such a built-in audience that you know what those are going to be and they always satisfy. So that’s a great thing, but also I think audiences enjoy discovering something that they didn’t know as much about. What this weekend showed is that you can have both, and we have the “Avengers” movie coming out in a couple weeks and I’m sure audiences will flock to that as well. I think people need variety, and we gave them something just a little bit different.

With this success, have you had a chance to discuss what the future holds for possible sequels to “A Quiet Place”?

I’m just recovering from the weekend right now because I couldn’t sleep. I mean listen, Drew [Form] was in New York, John was in London, I’m in L.A. We haven’t really had a chance to sit down and talk to each other, as well as talk to Paramount. Ultimately, it’s Paramount that makes that decision and nothing has happened yet.