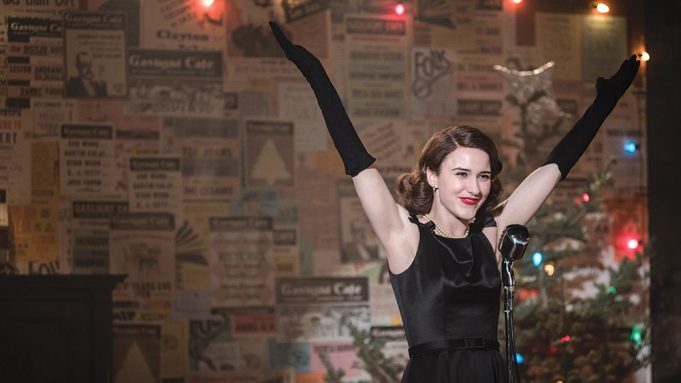 Nominations for the 25th annual SAG Awards were announced on Wednesday.

Lady Gaga and Bradley Cooper’s “A Star Is Born” led film nominations with four nods, including best actor for Cooper, best actress for Gaga, best ensemble, and best supporting actor for Sam Elliott. “BlacKkKlansman” and “The Favourite” followed close behind, both taking home a trio of nods.

On the small screen, “The Marvelous Mrs. Maisel,” and “Ozark” topped TV superlatives with a quartet of nominations apiece, followed by “Barry,” “GLOW,” “The Handmaid’s Tale,” and “The Kominsky Method,” scoring three nominations each.

The 25th Annual SAG Awards ceremony will be simulcast live on TNT and TBS on Jan. 27 at 8 p.m. ET/PT. Kristen Bell was the SAG Awards first-ever host last year, though an emcee has not been announced yet for the 2019 incarnation.

Outstanding Performance by a Female Actor in a Leading Role:
Emily Blunt, “Mary Poppins Returns”
Glenn Close, “The Wife”
Olivia Colman, “The Favourite”
Lady Gaga, “A Star Is Born”
Melissa McCarthy, “Can You Ever Forgive Me?”

Outstanding Performance by an Ensemble in a Drama Series:
“The Americans”
“Better Call Saul”
“The Handmaid’s Tale”
“Ozark”
“This Is Us”

Outstanding Performance by an Ensemble in a Comedy Series:
“Atlanta”
“Barry”
“GLOW”
“The Kominsky Method”
“The Marvelous Mrs. Maisel”