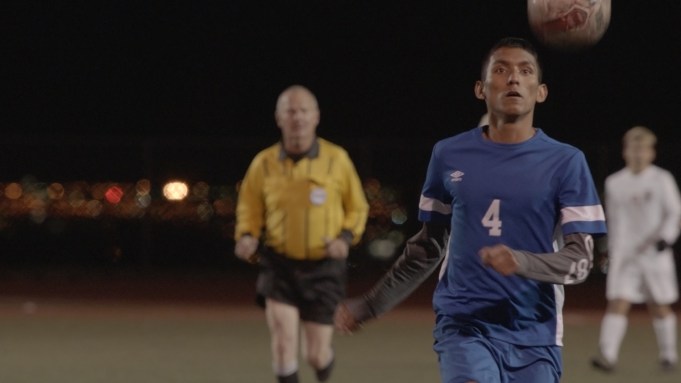 “Home + Away,” a new documentary about three student athletes in El Paso, is a film that speaks to our current political moment.

The film follows a group of high schoolers who live their lives in the shadow of the United States’ border with Mexico. They attend Bowie High School, an underdog institution dismissed by its rivals as “that poor Mexican school.” Director Matt Ogens said he was drawn to the project because was looking to make a movie about sports that also touched on socioeconomic issues.

“What’s so unique about the school is that about a quarter of the students have family who live in Juarez, Mexico, and walk across the border regularly to go to school,” Ogens said in a statement. “In some cases, a student’s parents might be in Juarez but they might live with another family member in El Paso part of the time in order to be able to go to school…Well, the threat of Juarez violence hangs over these students each day, especially the ones who commute back and forth across the border. Everytime they go home there’s fear about what could happen. Most have been touched by the drug wars in one way or another.”

It also deals with a part of the world that’s very much in the news — not only because of the drug war, but also because of President Donald Trump’s pledges to build a border wall and cut down on immigration.

“Home + Away” has its world premiere at the Tribeca Film Festival on Saturday. See an exclusive first look at the trailer above.