Terry Crews on Time’s Up Movement: ‘Until You Hold Everyone Accountable Every Time, Nothing Will Change’ 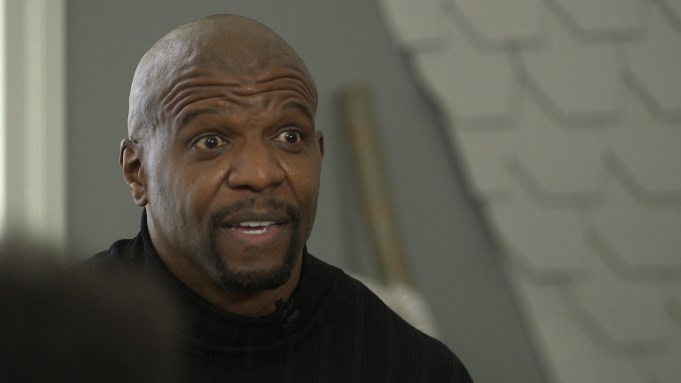 Terry Crews has to wonder whether the time is really up.

“For everyone saying time is up, is it really up?” he asked at the Variety Studio at the Sundance Film Festival. “[Adam Venit]’s working. There’s no repercussions.”

Crews’s film “Sorry to Bother You” is premiering at the festival, and when he sat down with Variety to discuss it, the topic of the Time’s Up movement arose. The movement is particularly relevant for Crews in light of the charge of sexual harassment he leveled at WME agent Adam Venit and Venit’s continued employment at the agency.

“You can see it right in front of your eyes,” Crews said, when asked if he feels that Venit got a free pass. “I don’t even have to say anything. Can you get away with doing something like that to another human being? And the answer is yes, cause he’s working. What else can I say?”

Crews went on to address the difficulty of working in Hollywood and affecting change.

“A lot of times, Hollywood can be like a religious service,” he continued. “You’re doing so many things that you don’t even know why you’re doing them anymore. It’s like, this is how it’s done — and this is one thing we address even in this movie. Do you buy in? Do you sell out? What are you into? There’s this cognitive dissonance that you deal with, like two opposing beliefs in your brain at the same time. Which one do you believe?”