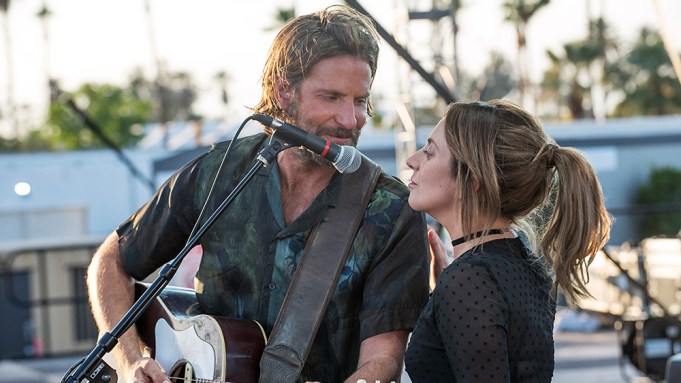 It might seem like an impossible feat, but with his version of “A Star Is Born,” Bradley Cooper both puts a fresh spin on a decades-old movie staple and transcends its very place in cinema history by fixing the story, turning a classic role, finally, into a tragic figure you actually care about.

For that and many more reasons (like a field that isn’t as competitive as usual), the lead actor Oscar race might be over and done with. Cooper is that good as the kind-hearted but haunted Jackson Maine, and the screenplay — from Cooper, Will Fetters, and Oscar winner Eric Roth — finely tunes his story, serving the character far better than any previous version of the tale has for Fredric March and James Mason’s Norman Maine, or Kris Kristofferson’s John Norman Howard.

That you can get two paragraphs into spelling out the virtues of this film before even mentioning Lady Gaga is a testament to its density. She is, of course, sensational in her first starring role — an absolute natural. And when her version of the discovered talent, here called Ally, first steps onto a stage early in the film to perform one of her own songs for the first time — already a highlight from its positioning in the trailer alone — I’ve rarely seen so arresting a moment in cinema.

Cooper’s crew, across the board, nailed this project. Cinematographer Matthew Libatique’s work, particularly in capturing the intimacy of performance numbers, is such a remove from the kind of high-gloss work you might expect from a studio production such as this. Jay Cassidy’s editing moves the story more swiftly even than William A. Wellman’s 111-minute original while giving it a singular identity in how certain sections are constructed. High marks, too, go to the teams behind the sound mix and editing of the aural elements, featuring Oscar-winning talents like Michael Minkler and Alan Robert Murray (Cooper tapping pal Clint Eastwood’s regular).

Including best picture and director, where are we now? Nine nominations? Let’s push a little more…

The costume design deserves a mention for Ally’s metamorphosis in the film to a full-blown pop sensation. Sam Elliott’s supporting performance as Jackson’s much older brother (it’s explained), meanwhile, was a big source of the emotion for me, particularly in one moment that so tenderly captured the stifled affection between the two men. Those are on the table as well. And we haven’t even talked about the songs.

Expect the enforced maximum of two nominations, assuming Warner Bros. decides to promote as many; often studios will opt to consolidate their campaign power behind just one track for films like this that have an array of possibilities.

“Shallow” is the one that represents everything this category ought to be about. You witness its birth as whispered lyrics that come to Ally in a parking lot one night, as well as its explosion onto the world stage accompanied by an arrangement by Jackson and Ally’s big trailer moment. But “I’ll Never Love Again” is the closing performance track before the credits that will send you out of the theater wiping your eyes. A few others include Cooper as a songwriter, so it’s possible he could receive upwards of five nominations for this film if one of those make it in instead.

So. Yes. “A Star Is Born” (2018) is an across-the-board Oscar contender. More than that, and assuming this is even still possible in the modern era, it has the muscle to achieve what only three films in movie history ever have: Win all five major Academy Awards (picture, director, actor, actress, and screenplay). It’s that kind of accomplishment, and even more, it makes you realize what this well-worn, Oscar-winning material was capable of all along.