Exclusive Clip From Yury Bykov’s ‘The Factory,’ Premiering in Toronto 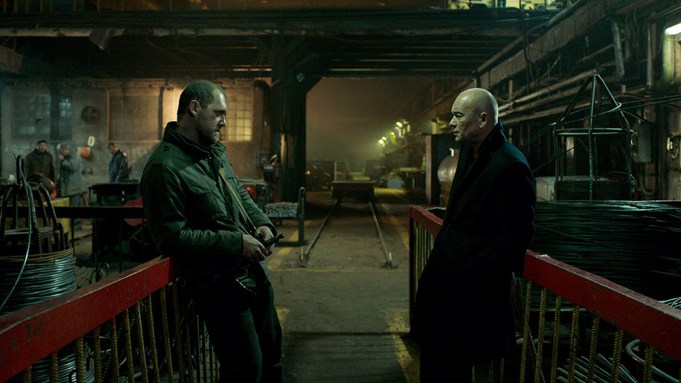 Variety has been given access to an exclusive clip from Yury Bykov’s “The Factory,” which world premieres Saturday at the Toronto Film Festival. Wild Bunch is selling the film.

Bykov has become one of Russia’s best known directors in recent years with his critically acclaimed films “The Fool” and “The Major.” The multi-hyphenate director (he writes, directs, produces, edits, acts and even scores), delivers his latest social drama, a study of corruption, moral compromise and the behavior of people in impossible situations in “The Factory.”

The film is set in a dilapidated industrial building on the outskirts of a provincial Russian town. Many of its workers have been employed before the change from state regulation to capitalist privatisation. When owner Konstantine Kalugin (Andrey Smolyakov), a local oligarch with deep-rooted links to the top, announces that the factory is bankrupt, a group of workers who haven’t been paid for months kidnap him and hold him for ransom.

Led by the mysterious Alexei (Denis Shvedov) whose motives are far from clear, the heist goes awry and Kalugin’s private security guards and a police SWAT team quickly have the building surrounded. The workers are trapped, the clock is ticking and allegiances are beginning to fray.

“The film bases its narration on a powerful and paced story that captures the audience, using the codes of genre films – here, that of hostage taking,” according to a statement. “In a society where the rich can do anything and the poor are basically slaves trying to survive, cynical capitalistic pragmatism breeds bitter and uncompromising revolutionary bigotry.”