MADRID — TV shows “Yorudan District,” and “The Pleasefixers” and animated feature “The Ballad of the Phoenix” are potential standouts at Ventana Sur’s 3rd Animation! showcase, which looks set to underscore the burgeoning strength of Latin American animation, and its drive to put into place stronger infrastructures to bulwark a more organized and sustainable growth.

Also sparking good word, among feature projects, are “El Paraíso” and Brazil’s “Cachalote,” and works-in-progress titles “Ainbo, Spirit of the Amazon” and “A Costume for Nicolas.”

The 15 projects were chosen from 180 applications, an Animation! record. 11 of the 15 projects are market debuts. That’s just one sign of Latin America’s robust growth in animation over recent years. According to industry org statistics aired at April’s first Quirino Ibero-American Animation Awards in Tenerife, Mexico has 16 animated features in production or pre-production, Brazil 25 titles in production, and Argentina more than 20 projects in development, Animation! co-ordinator Silvina Cornillón pointed out.

Of shorts, in recent years, Argentine Juan Pablo Zaramella’s “Luminaris’ and Chilean Fernanda Frick’s “Here’s the Plan” both made the Academy Awards’ long-list. A Gkids U.S. pick-up, animated feature “The Boy and the World,” from Brazil’s Alê Abreu, was nominated for a 2016 Oscar. Chile’s “Bear Story” won a best animated short Academy Award at the same edition.

As animation emerges, with drama and comedy, as what Ampere Analysis calls the “Holy Trinity” of SVOD genres even its strong anti-churn factor. Netflix alone added 72 hours of new 2018-produced animation shows over April to June, according to the same Ampere study.

Animation! has quickly established itself as one of Latin America’s top meets, along with Mexico’s Pixelatl festival. It looks set to drawn ever more interest from digital platforms and more established pay TV and free-to-air animation players, U.S. and Latin American alike.

Two of Latin America’s biggest companies, Mexico’ Anima Estudios and Brazil’s TVPinguim, will be present at Animation!, Anima VP José Carlos Garcia de Letona delivering this year’s keynote, and Brazil’s TV PinGuim, PenGuin Animation’s Celia Catunda,  co-director of “Fishtronaut” and co-creator of the Intl. Emmy-nominated “Earth to Luna!” pitching “Nihonjin,” the tale of an Japanese immigrant’s journey to Brazil, to be made in 2D, cut out and full animation.

A seemingly wacky non-P.C. satirical web series, banner Costa Rican animated TV show project “The Pleasefixers” pictures an office whose CGI characters all reflect the user personalities of social media platforms. The office workers aim to reboot but their has-been clients’ careers. But they’re not very good at their work. Designed as a 12-part near half hour comedy, “it’s a comic strip, but on crack,” say the makers.

Having seen Guillermo del Toro godfather their half-hour “Revoltoso,” backing its completion with finance and advice, Roy and Arturo Ambriz at Mexico’s stop-motion Cinema Fantasma return with their feature debut, “The Ballad of the Pheonix,” which won the Animation! award at Mexico’s Pixelatl festival this year. A social-issue fairy tale, it tracks a princess discovering her kingdom after she discovers her dying father is a tyrant. She debates how to save her kingdom, advised by the king’s worst enemy, a wise phoenix.

Directed by Angelo Defanti and produced by sister Bárbara Defanti at Brazil’s Sobretudo Produçao, feature “Cachalote” intertwines five stories, linked by loneliness. In two, for instance, an ex-couple confronts depression and a pregnant old woman wanders alone in her mansion. 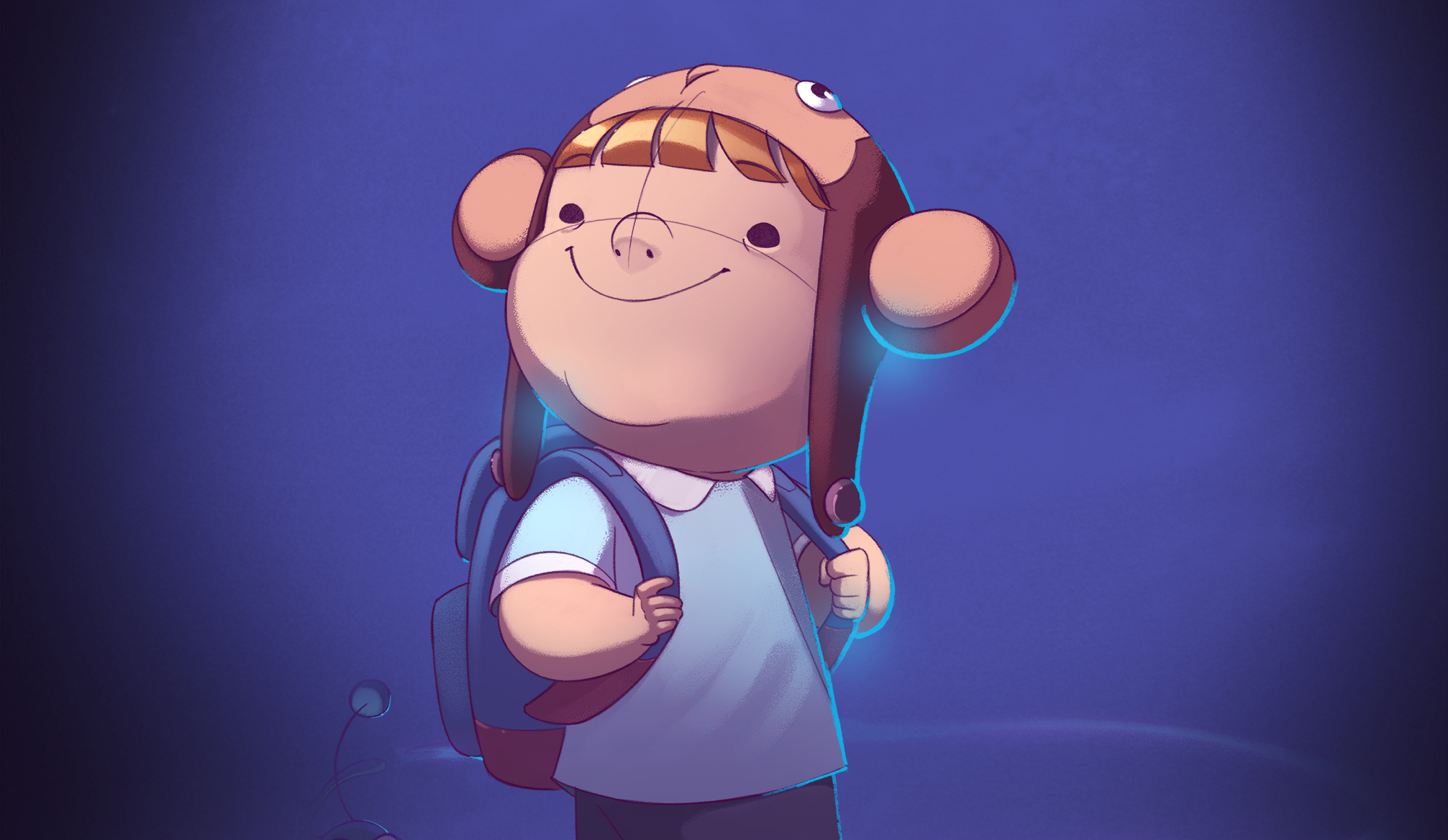 Set in Argentina’s Rosario in 1926, the noir-ish movie project “The Paradise” turns on two sisters who arrive from Poland, fall in the maws of Varsovia, a Rosario organized crime syndicate which runs the biggest prostitution racket in the city. Made in what is described as 2.5D, and directed by Federico Moreno Brasser, “The Paradise” is described as a suspense drama thriller turning on “the most painful story of love, revenge, betrayal and death which took place in Rosario, Argentina’s Chicago.

Of works in progress, acquired by Ed Noeltner’s Beverly Hills and Paris-based Cinema Management Group, “Ainbo, Spirit of the Amazon” turns on a young indigenous girl in the deepest Amazon who battles Yacuruna, an ancient demon, now embodied in deforestation and an illegal mining project.

Following on “The Angel in the Clock,” about Amelia, a girl with leucemia who wants to stop time, Eduardo Rivero’s “A Costume for Nicholas” is the second feature from Mexico’s Fotosintesis Media, a cause-driven entertainment label set up by Mantarraya Group and writer-director Miguel Uriegas. It centers on Nicolas, a 10-year-old orphan with Down syndrome who dons magical costumes to save his cousin from nightmares and the world from chaos. Selected for the Marché du Film’s Los Cabos Goes to Cannes, it supports the cause of Special Olympics for inclusive education.

She added: “Conscious of limitations in financing and production, they are working on establishing schemes which are more inclusive and sustainable in the long term. This is new, and comes at moment which could be key for the development of a stronger Latin-American industry.

Latin American animators are also “finding a balance between telling their own stories, but with elements and a language which render them more universal.”

Animators in emerging markets are also seeking to populate the minds of their young audiences with indigenous elements – rites, mythological characters, lush landscapes – which can complement highly popular Hollywood toon blockbusters, avidly consumed by local audiences. That can be seen at this year’s Animation!

“Ainbo” and “The Ballad of the Phoenix” incorporate local legends, in an explosion of colors, eco-themes and mythological characters.

Other titles incorporate genre, or classic comedy twists. A sci-fi mystery drama from Chile’s Kiltropo Animation, Ernesto Leon’s “Black Sunday: Nexus” is a father-daughter relationship drama set in a near Apocalypse as a black planet appears over the earth, causing a global power cut and a world without laws.

Produced by Argentina’s OSA Estudio and El Perro en la Luna, and targeting 9-12s,  “Luna and the Great Dane,” directed by Alejandro Imondi and Sebastián Mignogna, co-director of “Zamba” and co-creator of “Siesta Z,” turns on a plucky girl and her huge dog in a zombie world.

A pre-school comedy adventure in digital 2D, Marta Gennari’s “Tally Molly” has a little girl who can change size, be super tall or teeny-weeny.

Still others support causes espoused the world over: Inclusion, diversity and environmental issues.

In a feature film work in progress, “The Longleg” is set in a typical Latin American village, espouses diversity as it turns on kids terrorized by the legend of monstrous Longlegs, who they discover is in reality a lovely person.

Brazil’s Estudio Makako will pitch “Zebra Iris,” a digital 2D comedy series about the adventures of a young girl who learns to love a zebra, despite the fact its stripes are rainbow-colored and it refused to behave as her pet.

Produced by Argentina’s Untref Media, Thomas Roger’s “Boris Cloud and the Cloud Factory” has the eponymous young hero traveling to the cloud world to find out why they are evaporating.

“The Fifth Tribe,” from Colombia’s 3Dados Media, has a young bear expelled from his tribe for being different. He travels, attempting to find a cure for the terrible disease afflicting the whole bear nation. Made in 3D CGI and 2D, the adventure drama targets 7-12s.

Among other titles, Alfredo Soderguit and Alejo Schettini, director and animation director/co-writer of “Anina,” a 2013 Bafici Audience Award winner, re-team for “Two Little Birds,” a comedic reflection on human behavior, encapsulated in the rivalry of two minute birds. “Anina” backer Palermo Estudio and Can Can Club, whose directors include Juan Pablo Zaramella, are producing.

Brazilian Cesar Cabral’s “Bob Spit – We Do Not Like People” pictures one of Brazil’s iconic characters, aging punk Bob Spit, whose tribulation, stuck in a post-apocalyptic desert, is a manifestation of creator Angeli’s creative crisis.

As part of its partnership between Annecy’s MIFA market and Animation!, Animation! TV and film projects were chosen by MIFA head of projects, Geraldine Baché.  The winning four projects will segue to a presentation at Annecy’s MIFA market in June. The jury takes in well-known figures on the animation scene: Baché; children’s media strategist Justine Bannister; Rita Street, development consultant Rita Street; and Karen Vermeulen, at the U.K.’s Cloudco Ent.

“The Ballad of the Phoenix,”( Rodolfo Ambriz, Arturo Ambriz, México)

“Bob Spit – We Do Not Like People.” (Cesar Cabral, Brasil)