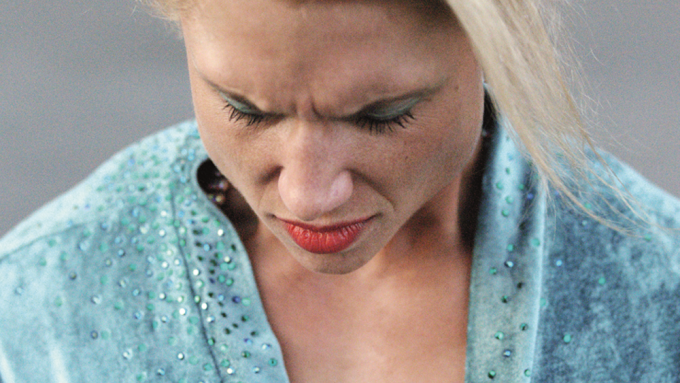 The director, Elsa Amiel, is up for Venice’s Lion of the Future award for a debut feature. She has previously worked as an assistant director to Bertrand Bonello (“Saint Laurent”), Noemie Lvovsky (“Camille Rewinds”) and Mathieu Amalric (“On Tour”), among others.

In the film, bodybuilding star Lea Pearl is just a few hours from the final of the most important competition of her career when her ex-boyfriend shows up with the 6-year-old son she has not seen in years.

Talking about what drew her to the subject of bodybuilding, Amiel says: “There was a desire to explore the theme of the body in greater depth. How the body is portrayed.”

Her interest was sparked by portraits of female bodybuilders by New York-based photographer Martin Schoeller, which she found intriguing because the women “possess a quality that mixes uncanniness and femininity, while arousing a feeling of malaise mixed with fascination.”

She adds: “What unsettles the spectator is their vulnerability, which is completely unexpected when thinking about this discipline. This new perspective gave me the keys to explore bodybuilding.”

Speaking about working with Mullan, Fory says: “He was always trying to explore the best way to interpret each scene. I guess his approach encouraged all of us on set to keep tapping into that right emotion.”

The film is produced by Unité de Production and Bande à Part Films. World sales are handled by MK2 Films.