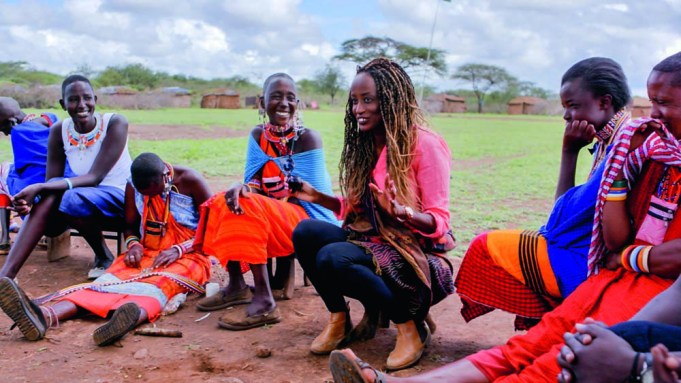 Variety has been given exclusive access to the trailer for Locarno Film Festival’s “#Female Pleasure.” Paris-based CAT&Docs is handling world sales on Swiss filmmaker Barbara Miller’s feature doc, which is described as “a plea for the liberation of female sexuality in the 21st century.”

In the film, which world premieres in Locarno’s Critics’ Week on Aug. 5, Miller “embarks on a journey across the world to discover the remaining obstacles that stand in the way of female sexuality in the 21st century and questions the universal patriarchal structures at work,” according to a statement. “She portrays five incredibly courageous women from across the world, revealing their successful battle for a self-determined sex life and an equal, sensual relationship between the sexes against the religious and social rules they live under.”

Miller said the film is “a plea for the right to self-determination for women across the world, regardless of their culture and religion. It is not a film about these religions, and certainly not about faith. I want to show the universal, millennia-old and unfortunately still very topical structural demonization of the female body and their sexuality.”

It is released in theaters by X Verleih in Germany and by Filmladen Filmverleih in Austria on Nov. 8, and in Switzerland by Filmcoopi Zürich on Nov. 15.