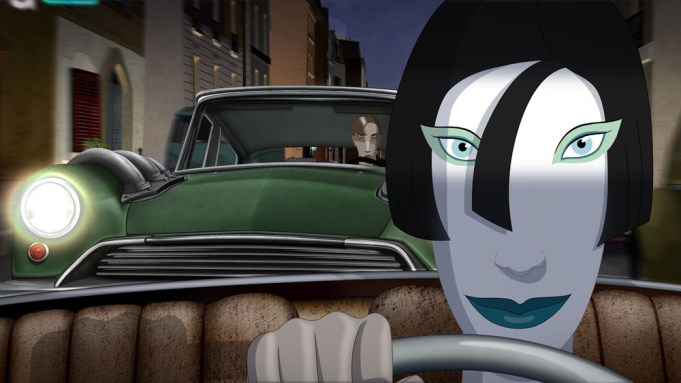 Variety has been given exclusive access to the trailer for Milorad Krstić’s animated heist thriller “Ruben Brandt, Collector,” which the Locarno Film Festival has just revealed will world premiere in its open-air venue, the Piazza Grande.

The English-language film centers on Ruben Brandt, a psychotherapist, who suffers from violent nightmares inspired by 13 famous works of art, including Van Gogh’s “Portrait of the Postman Joseph Roulin,” Titian’s “Venus of Urbino” and Picasso’s “Woman with a Book.” Four of his patients, all of them highly skilled thieves, offer to steal the paintings, in the belief that his nightmares will end if he “possesses” them. He agrees to this plan, and they break into art galleries and private art collections across the world, including the Louvre, Tate, Uffizi, Hermitage and MoMA.

Brandt becomes known as “The Collector,” one of the world’s most-wanted criminals. Gangsters and headhunters chase him around the globe while the reward for his capture rises to $100 million. A cartel of insurance companies hires Mike Kowalski, a private detective and leading art-theft expert, to solve the case.

According to a statement from the director, the film operates on two levels: first, the “action-propelled crime story,” and second, “a time surf over the waves of the 20th century’s art and movie world,” including visual references to films by Eisenstein, Hitchcock and Tarantino. He added: “Every frame is full of well-known examples from the history of visual arts.”

Krstic was born in Slovenia, then part of the former Yugoslavia, but has lived in Budapest, Hungary, since 1989. He won Berlin’s Golden Bear for best short with animation “My Baby Left Me” in 1995. As well as being a filmmaker, he is an artist working across different disciplines, including painting, drawing and sculpture.

Commenting on the central idea in the film – a man suffering from nightmares about works of art coming to life – Krstic told Variety: “To be haunted by ghosts or zombies in nightmares is a cliché, it’s more exciting to be haunted by Velázquez’s ‘Infanta Margarita’ or Botticelli’s ‘Venus.'”

Speaking about the artists who influenced the visual style of the film, he said: “I learned the world of shadows from Caravaggio and film noir, the distressing scenes from Goya and horror movies, and the double faces from Picasso…”

He said of the eclectic soundtrack’s contribution: “I created this film as an audiovisual symphony, which means that the story, the graphics, animation, music and sound are all equally important.”

Asked to name an animator or filmmaker who he admired most, he said: “If I had to pick two from the list, I would go with Disney and Hitchcock.”