Watch Trailer for Avi Nesher’s Toronto Entry ‘The Other Story’ 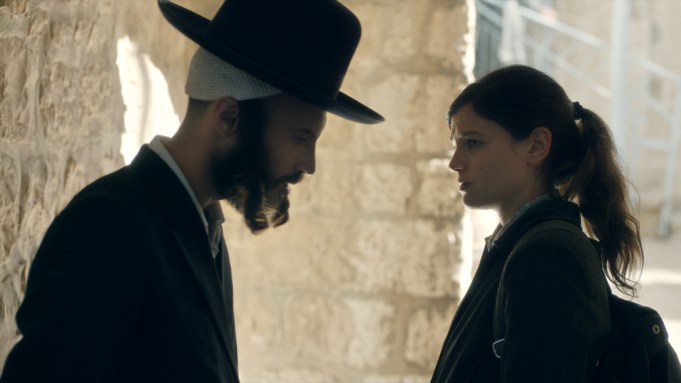 The trailer for Avi Nesher’s “The Other Story” has been released after it was announced Tuesday that the film will world premiere in the Contemporary World Cinema section of the Toronto Film Festival.

The screenplay was co-written by Nesher and Noam Shpancer, the clinical psychologist and novelist. It is based on a true story. It centers on two rebellious young women, one fleeing the chaos of secular hedonism for the disciplined comforts of religion; the other desperate to escape her oppressive religious upbringing and embrace sexual and spiritual freedom.

“Both women must confront the tension between self-assertion and tribal affiliation as they negotiate dueling fundamental human desires: to be, and to belong,” Nesher said in a statement.

Each of Nesher’s most recent four features – “The Secrets,” “The Matchmaker,” “The Wonders” and “Past Life” – had its world premiere at Toronto.

His earlier films include “Turn Left at the End of the World,” which was nominated for seven Israeli Academy awards, and was the biggest Israeli box-office hit of the decade, and the controversial “The Troupe,” which was recently voted by the Israeli Film Critics’ Association as one of the ten best Israeli films of all time.

“Rage & Glory,” another politically charged film, was selected by the Lincoln Center Film Society as one of the most important films in Israeli cinema history.