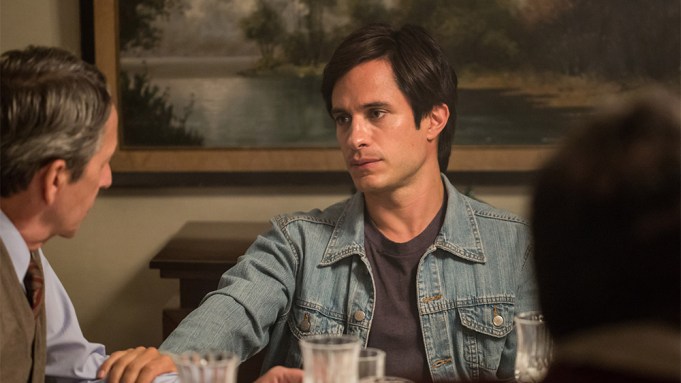 Vitagraph Films, the U.S. distributor of Alonso Ruizpalacios’ “Museo,” starring Gael García Bernal, which is arguably the best-received Latin American movie to date this year, has dropped the film’s first trailer, ahead of its North American premiere at the Toronto Festival and U.S theatrical roll-out.

Also screening at the Los Angeles Film Festival in September and the Mill Valley Film Festival in October, “Museo” will be released in NewYork from Sept. 14, in Washington D.C. and South Florida from Sept. 21 and in Los Angeles a week later. Other markets will follow. Variety has had exclusive access to the film’s trailer and poster.

A “gorgeous, giddy shaggy-dog movie,” Variety announced upon the film’s world premiere in competition at Berlin, “Museo,” which is sold by Luxbox, won a Silver Bear for best screenplay at this year’s Berlinale, garnering some of the festival’s best reviews.

Ruizpalacios’ second feature is inspired by one of the most notorious heists in Mexican history: the looting on Christmas Eve 1985 of 140 priceless Mayan and Meso-American pieces from Mexico’s National Anthropology Museum, a crime regarded as the most infamous cultural artifact heist in Mexican history. First attributed to a sophisticated international crime organization, the robbery turned out to be the work of two Mexican university drop-outs, well into their 30s and still to finish veterinary school.

What drove them to pull off one of Mexico’s robberies of last century? Nobody knows for certain. But “Museum” scribes Ruizpalacios and Manuel Alcalá, producer of “Bellas de noche” weave a plausible answer. García Bernal (“Mozart in the Jungle,” “No,” “The Motorcycle Diaries”) plays Juan Nuñez, an intelligent iconoclast but wastrel, still living at his parents and tracking to inherit from his uncle’s mantle as the family’s feckless deadbeat.

In an misguided attempt to impress his patrician father (Alfredo Castro), a medic, Juan decides to pull off a spectacular robbery at the Museum with friend and fellow veterinary faculty slacker Benjamín Wilson (Leonardo Ortizgris).

The heist proves laughably easy. But Juan’s father declares the robbery’s perpetrators “miserable bastards with no past nor future.” Juan has little idea how to preserve the artifacts or fence them. Yes, as the trailer suggests, they scrub them with a toothbrush. His epic heist soon degenerates into farce.

“Museo” marks Ruizpalacios’ follow-up to “Güeros,” which won best first feature at Berlin and went on to become one of the most laureled of Latin American feature debuts this decade. “Museum” is a tragedy – of an intelligent young man whose merits go unrecognized in a conservative conformist society where people are taught to learn by the book. But few tragedies exude such panache. In its Berlin Festival review, Variety catches ”Museum” referencing Hitchcock, Looney Toones, “Rififi,” “The Doors” and Bresson and, choosing “Museo” as one of its top 10 Berlin films, describes it as a “breathlessly entertaining, but also supremely stylish, cine-literate and touching romp.”

“There are two types of films, those born from torment, and those born from happiness,” Ruizpalacios said at Berlin. “I’d like to believe mine belong to the second group,” he added. Certainly, it tells.