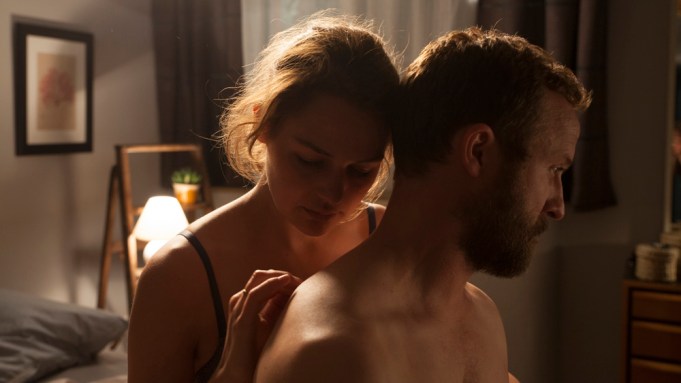 Variety has been given exclusive access to the trailer for Sven Taddicken’s “The Most Beautiful Couple,” which has its world premiere in the Contemporary World Cinema section of the Toronto Film Festival.

In the film Liv and Malte are forced to revisit their past when Malte spots the man who sexually assaulted Liv two years ago. While Liv yearns for acceptance and healing, Malte is trying to fight the urge for revenge. But will their love survive?

Taddicken says: “The premise of ‘The Most Beautiful Couple’ felt like a worst-case scenario for any loving couple. It was like a nightmare that kept haunting my thoughts. So I finally sat down and started to think it through, while wondering if there is a cure for that couple. I guess it’s that same energy that kept me writing that also keeps the audience tied to the film.”

Taddicken’s first feature, “My Brother the Vampire,” received awards at several film festivals, including Brooklyn, Rotterdam and London. His second feature, “Emma‘s Bliss,” was released across Europe, won many festival awards and gained four nominations for the German Film Awards. His third feature, the historical drama “12 Paces Without a Head,” followed the adventures of the pirate Klaus Störtebeker. In 2016, his feature film “Original Bliss,” starring Martina Gedeck and Ulrich Tukur, won two awards in Karlovy Vary and had a wide release across Germany.

“The Most Beautiful Couple” stars Maximilian Brückner and Luise Heyer. The producers are Sol Bondy and Jamila Wenske at One Two Films, whose credits include Jennifer Fox’s “The Tale” and Isabel Coixet’s “The Bookshop.” Wenske and Bondy were selected by Variety for its 2018 “10 Producers to Watch” list. The film’s sales agent is Beta Cinema.