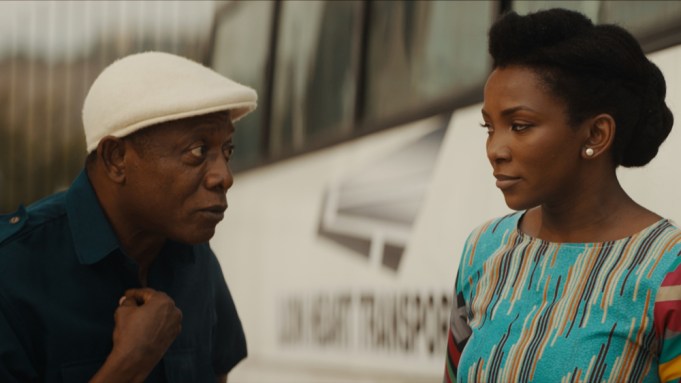 Variety has been given exclusive access to the trailer for “Lionheart,” the directorial debut of actress Genevieve Nnaji, which plays in the Discovery section of Toronto Intl. Film Festival. Paris-based MPM Premium has picked up the Nigerian film for international sales.

Set in Southeast Nigeria, “Lionheart” tells the story of a young woman, Adaeze Obiagu (Nnaji), who becomes saddled with the responsibility of running her sick father’s business under the suffocating supervision of an intensely crude and eccentric uncle. “Her competing business instincts and family obligations become a catalyst for drastic change not everyone is ready to embrace,” according to the synopsis.

Nnaji said in a statement: “’Lionheart’ is the beginning of a journey to explore and express my creative interpretation of story-telling, particularly African stories. Africa is a possessor of the most compelling stories as yet untold, and we are determined to tell our stories, our way, through our voices, to the world.”

MPM’s Ricardo Monastier said: “It’s a captivating and humorous movie that not only reveals the talent of Genevieve as a first-time director, but also sharply portraits a fast-changing society.”

Nnaji will also be seen at Toronto performing alongside Kate Beckinsale in “Farming,” directed by Adewale Akinnuoye-Agbaje.