1844 Entertainment has acquired U.S. rights to Benjamín Naishtat’s “Rojo,” which plays in competition this week at the Marrakech Film Festival. The film’s U.S. theatrical and home entertainment release will be handled by Distrib Films US, headed by François Scippa-Kohn.

Closed in the run-up to Ventana Sur, the deal builds on a budding U.S. release partnership already in place for Paraguay Oscar entry “The Heiresses,” acquired like “Rojo” from Luxbox, Hedi Zardi and Fiorella Moretti’s Paris-based sales agent.

The partnership between 1844 Entertainment and Distrib Films US forms part of a wider deal including other titles such as Iranian Oscar submission “No Date No Signature.”

Taking in two of the biggest Latin American arthouse titles of the year, the sales confirm 1844 Ent. and Distrib Films as a burgeoning U.S. outlet for Latin American and indeed international quality fare in general.

They also add another – but here upbeat wrinkle – to the complex challenges facing arthouse film distribution. A straight theatrical sale to the U.S. is not always a huge money-spinner. But it is a market with a genuine strong ancillary market in VOD and TV, and still a large marketing driver for sales agents seeking sales around the world.

“It’s a promising collaboration between 1844 Entertainment and Distrib Films to join forces to work the U.S. release of their growing international line up,” said Luxbox’s Hédi Zardi.

He added: “Their dialogue is a very stimulating and proactive proposition to work this important territory for the career of a film and its directors. A tandem based on a strong knowledge of the American market mixed with a European sensitivity to select the most exciting director to follow.”

The U.S. deal for “Rojo” and “The Heiresses” also serves to confirm Luxbox, which also sold Gael Garcia Bernal’s “Museo” this year, as one of the top sales agents for big Latin American “A” fest hits.

A third feature that elevates Naishtat in the first class of Latin American directors, “Rojo” world premiered in competition among the 12 titles in Toronto’s Platform selection, designed as a prestige launchpad for bold new voices. One of the titles which played best in the competition, “Rojo” received rave reactions from some reviewers. 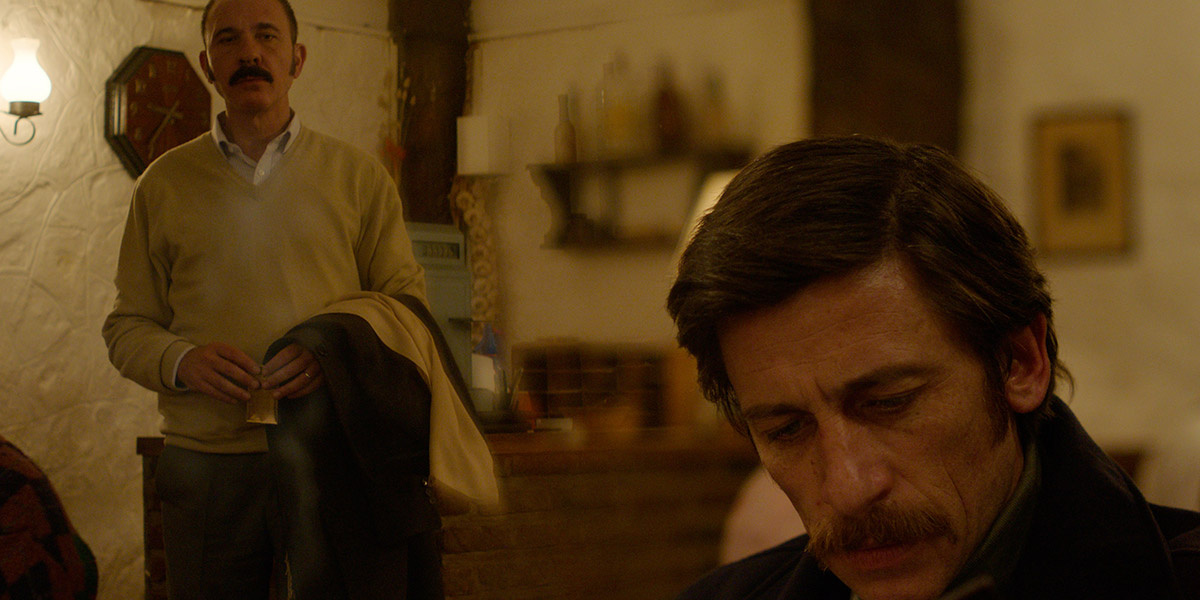 In shooting style, it added, “We get Peckinpah-esque slow-motion, Pakula-style split diopters, the grainy, uncheerful grade of ‘The American Friend’ and lurid crash zooms that seem lifted from ‘Let’s Scare Jessica to Death’ and other 1970s schlock, which also influences Vincent van Warmerdam’s excellent, foreboding score.”

Three weeks later, making its European premiere at Spain’s San Sebastian Film Festival, “Rojo” loaded up on three big awards at – director, actor (Darío Grandinetti) and cinematography – making it one of the two biggest victors at the highest-profile movie event in the Spanish-speaking world.

“Rojo” also marks the first time Argentina’s Grandinetti (“The Dark Side of the Heart,” “Talk to Her,” “Wild Tales”) and Chile’s Alfredo Castro (“Tony Manero,” “No,” “Far Away”), two of the greatest Latin American actors, star in the same film. The film is also a six-country co-production between prestige Latin American and European producers, often a sign these days of a Latin American movie of large artistic ambitions.

“We are a big fan of Dario Grandinetti, who was in ‘Wild Tales.’ ‘Rojo holds up a mirror to contemporary Latin American society, addresses issues of large importance in a realistic but delicate way,” said Tommaso Cerqueglini, at 1844 Entertainment.

“Benjamin Naishtat brings a unique flavor to the story, through construction of character and shooting style,” he added, observing that “Rojo’s” thriller edge can give it a bigger audience among Latino audiences in the U.S.”

“Rojo mixes genres – thriller, legal drama, mystery – and uses a unique cinematography to show how some human hearts – and thus societies – unfold into absurd choices and corruption. Kafka with a touch of Latin American evil!” said Scippa-Kohn. “I’m very confident about the movie’s reception. There aren’t many movies like this.”

“The Heiresses” centers on Chela (Brun) a middle-aged member of Paraguay’s well-healed elite who falls on hard times and is forced to find a job after her longtime partner, Chiquita (Margarita Irún) is convicted of fraud.

A triple winner at Berlin this year, taking best actress (Ana Brun), the Alfred Bauer Prize for innovation and a Fipresci nod, the film “exquisitely balances character study with shrewd commentary on class, desire, and the lingering privileges of Paraguay’s elite,” ran its Variety review.

On the release of both titles, Distrib Films US is working with Carlos A. Gutiérrez at Cinema Tropical, a historic promotor of Latin American cinema from “Amores perros” onwards.

After festival berths to build word-of-mouth, “The Heiresses” will initiate its theatrical release at New York City’s Film Forum on Jan. 16, with the film opening in other main markets after New York.