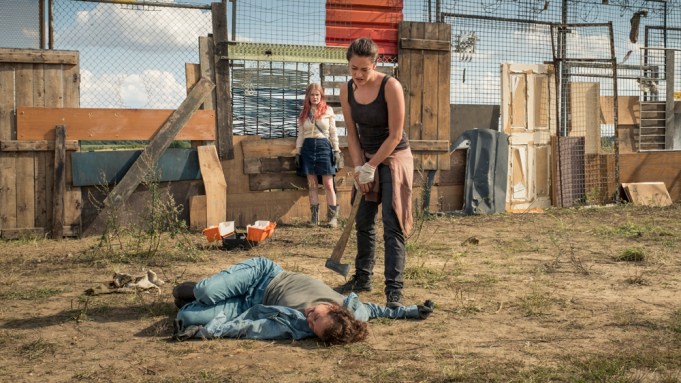 Berlin-based sales company Picture Tree Intl. has acquired sales rights to Carolina Hellsgård’s post-apocalyptic horror movie “Endzeit — Ever After,” which will have its world premiere at Toronto Film Festival in the Discovery program. Variety has been given access to the trailer from the film.

The film is set two years after zombies have overrun Earth in the German towns of Weimar and Jena, which are possibly the last hold-outs of human civilization. “When two young women, Vivi and Eva, are stranded in the wild and treacherous landscape between the towns, they have to rely on each other and nature itself in order to survive,” according to a statement. “But fighting the undead has also unleashed demons from their past.”

“Endzeit” is Hellsgård’s second feature as director after her debut “Wanja” played in the Berlin Film Festival in 2015. It’s the first zombie movie to come out of Germany in recent years, and was made by an all-female creative team. Olivia Vieweg wrote the script, and Ingelore König and Carolina Schroeter at Grown Up Films produced, together with ZDF – Das kleine Fernsehspiel and in cooperation with ARTE.

Co-managing directors of PTI, Yuan Rothbauer and Andreas Rothbauer, said in a statement: “Carolina Hellsgård is without a doubt one of the most interesting, and versatile young filmmakers working in German cinema today, and we are incredibly proud to represent this her unique, thought-provoking and indeed scary second film. With an absolute command of the genre she takes the zombie movie in territories we just haven’t seen before.”