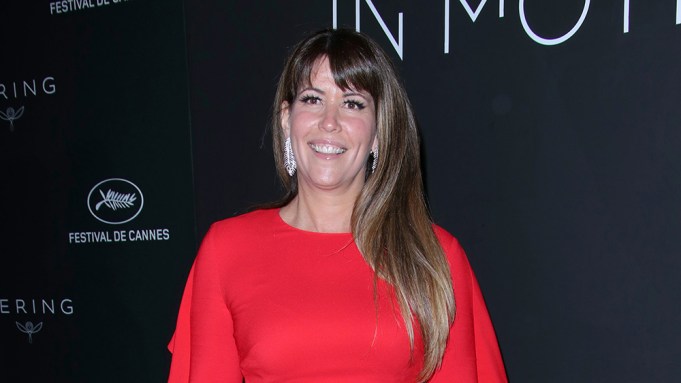 “Wonder Woman” director Patty Jenkins talked about expanding opportunities for women in filmmaking at an elegant, star-packed dinner on Sunday hosted by luxury goods firm Kering and the Cannes Film Festival. The filmmaker was being honored with the 2018 Women in Motion Award.

Jenkins, who received the honor from festival president Pierre Lescure, artistic director, Thierry Fremaux and Francois-Henri Pinault, president and CEO of Kering, said she was thrilled to see more and more women getting the opportunity to tell universal stories. The Women in Motion’s Young Talent award went to Carla Simon, who recently made her feature debut with “Summer 1993,” which won best first film at last year’s Berlin Film Festival.

“For more than a hundred years, universal stories have been told from one perspective only; it’s time to change that because we all have universal stories to tell,” said Jenkins, who told Variety that “Wonder Woman 2” will start shooting “shockingly soon.”

Earlier that evening, Jenkins addressed the under-representation of women in Cannes’s competition. “I don’t want to start pointing fingers because it’s a systematic (issue),” said the helmer, whose credits spans from the Oscar-winning feature “Monster” to “The Killing” and “Wonder Woman.”

Jenkins, the first female director to helm a DC Comics movie, was being honored for her body of work, which has consistently promoted women’s empowerment. “Wonder Woman” was the first superhero movie with a female protagonist since 2005’s “Elektra.”

.@PattyJenks says it's more than just hiring women: "It's about letting women tell their stories and letting their stories be universal stories" #WomenInMotion #Cannes2018 https://t.co/bpDe0nTetO pic.twitter.com/NCdMP880Ot

Pinault introduced the gala event by praising all the “bold women who broke the silence. These recent events have been giving us strength and confidence (about the fact that Women in Motion serves a crucial purpose).”

“We are on a path of respect, justice and gender equality,” added Pinault.

Pinault also congratulated Jenkins for showing with “Wonder Woman” that a film driven by a female action hero could be a box office hit.

Kirsten Stewart, a member of the Cannes jury, reflected on her experience attending the march with 81 other women on Saturday.

#KristenStewart talks participating in the #Cannes2018 women's march: "I'm a lucky girl, and to be honest, we all are" https://t.co/bpDe0nTetO pic.twitter.com/Dk3bo41Ro9

“To hear the statistics out loud, spoken by someone like Cate (Blanchett) and then to look down and see everyone together… I feel so lucky to exist today and just baffled by my place in that. And to be honest we all are, so that was amazing,” said Stewart.

This year marks the fourth edition of Women in Motion, which includes industry talks focused on women’s contribution to cinema, both in front of and behind the camera, and the annual awards. This year’s edition hosted talks with Carey Mulligan (“Wildland”), Emilia Clarke (“Solo: A Star Wars Story”) and Salma Hayek. Nadine Labaki will participate in a discussion later this week.