The film world premieres at the Karlovy Vary Film Festival. 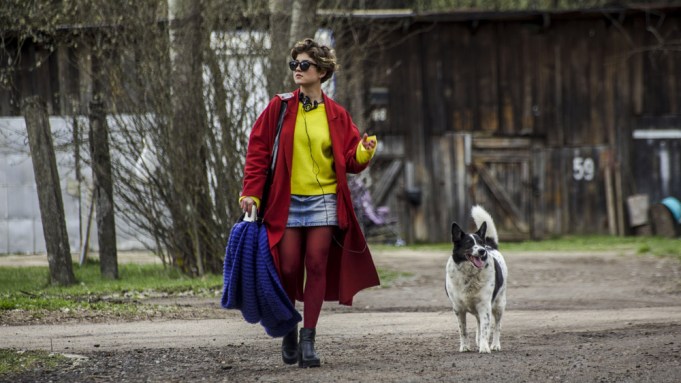 KARLOVY VARY, Czech Republic – East European nation Belarus has selected Darya Zhuk’s debut feature “Crystal Swan” as its submission for the Oscars’ foreign-language film category, the first country to do so for the 91st Academy Awards race. It is the first time Belarus has entered a film in the Oscars contest for 22 years. The film, about a young female DJ, has its world premiere at the Karlovy Vary Film Festival Saturday.

Set in 1996, the movie centers on Velya, a young woman living in Minsk, who loves House Music and dreams of moving to Chicago to work as a professional DJ. Getting a visa proves tough though, and her quest to provide a phoney verification for the faked documents she needs for the visa application leads to a trip to a grim back-water town, where the locals are hostile toward this non-conformist free-spirit.

“I wanted to make something about my generation of Belarusians,” Zhuk told Variety. “I feel like in the 1990s we all had this dream of going places and it was an important time for us.” Zhuk, who came to the U.S. when she was 16 and later studied Economics at Harvard University, said she shares “an emotional overlap with [Velya] and the way she relates to the world.” She added that “deep down I also wanted to be a DJ,” and she did DJ in New York for a couple of years. Velya’s love of House Music “connects to the idea of freedom,” Zhuk said.

On one level the film, which opens Karlovy Vary’s East of the West competition section, is a fish out of water tale, as Velya struggles to assert her individuality in the face of the crushing conformity of her native country, the product of decades of Soviet collectivist dogma. “She is such an individualist American character stuck in this post-Soviet world,” Zhuk said. “She is like: ‘I can do it,’ ‘I have a dream,’ ‘It’s going to work out my way.’ She is challenged every step of the way by people who are not getting with her program. It reflects how we treat off-beat people.”

In the provincial town in the film is a factory for crystal ornaments, and we see the painstaking process involved in grinding, engraving and polishing them, which Zhuk sees as a metaphor for how some societies attempt to suppress difference in its population. “Society shapes you in a certain way so you fit in,” she said.

On another level the film is about immigration, Zhuk said, and the aspirations that fuel the desire of migrants to travel to another country, in spite of the obstacles that are put in their way.

Velya is played by Alina Nasibullina, who appeared in “How Victor the Garlic Took Alexei the Stud to the Nursing Home,” winner of the East of the West competition in Karlovy Vary last year.

Helga Landauer co-wrote the script with Zhuk, who is a graduate of Columbia University’s MFA program in directing. The film is produced by Demarsh Film, with Vice Media among the co-producers, and was supported by grants from New York State Council for the Arts, Hessen Film Fund in Germany, and Tribeca Film Institute. Laurent Danielou at Loco Films is handling world sales.

The film will be released on Aug. 30 in Belarus, where it will be considered as “quite bold” for its depiction of “someone running around [Belarus] saying nothing will ever change,” in a country that has had the same authoritarian leader, President Aleksandr Lukashenko, in power since 1994.