Natalie Portman: ‘‘Vox Lux’ Is the Most Political Film I’ve Made’ 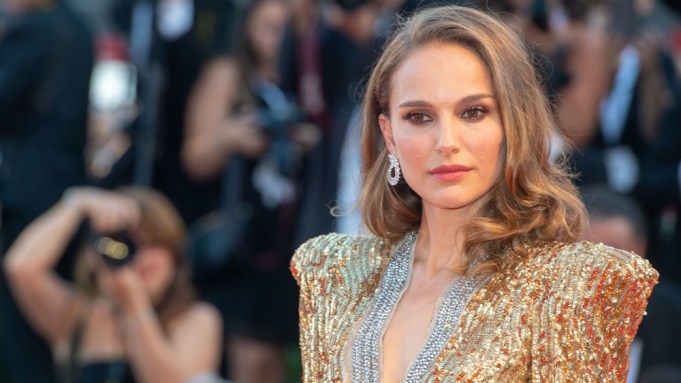 “‘Vox Lux’ is the most political film I’ve made,” said Natalie Portman, discussing “Vox Lux,” which world premiered at the Venice Film Festival on Tuesday and will next play at Toronto.

In Brady Corbet’s film, Portman plays Celeste, a dysfunctional American pop star who survived a school shooting as a teenager. Dealing with fame, gun violence and pop culture, “Vox Lux” has earned mainly positive reactions from critics but also some boos during its early press screenings.

“I don’t think any two people will leave the screening with the same feeling. It will leave people debating,” said Portman, who also revealed that financing the project wasn’t easy.

“It almost fell apart financially. They called me when I was at the airport as I was leaving to travel to New York and told me ‘we can’t make the film because we’ve lost the financing,'” said Portman, who said she decided to “stick with the project” no matter what.

“It all worked out eventually and the delay allowed me to let it sit, take the time to get into the character,” said Portman, who added that she shot her part in only 10 days. “It was a very fast shoot but I loved working with Brady — he understands the necessity of freedom and created the time and space to make us feel free,” said Portman.

The Oscar-winning actress said she watched documentaries about pop stars to prepare for the role. She said she also watched videos of people who survived school shootings, but was already familiar with the enduring trauma that mass violence can cause in people because she has “very close friends who have been victims of terror.”

Portman said she was not concerned about the fact the film didn’t yet have U.S. distribution in place. “‘Jackie’ (which earned Portman an Oscar nomination) was the same. Producers want to go to festivals first because if you get a good response it will help you sell the film to the best possible distributor,” said Portman.

Portman, who has just wrapped “Pale Blue Dot” (working title), said there seemed to be more role opportunities for actresses today but it was “still complicated.”

“I still feel that it’s hard to find good parts. I’ve had several roles recently which I feel very proud about but I don’t think ‘Oh, I’m reading so many good things and I have to pick one,’ it’s more that I’m searching to find roles that I can work with,” said Portman, who nevertheless noted that streaming services have opened up many opportunities for new content to get made. “There’s so much stuff happening right now. Streaming outlets have created so much demand for content.”

“TV is allowing women to access roles that show their different colors, behaviors and feel more human,” said Portman. Although she doesn’t have a TV project lined up, she’s looking into it. “I just need to find something,” said Portman.

Following her feature debut “A Tale of Love and Darkness,” Portman said she was working with a screenwriter and the production banner Big Beach Films on a project about the twin sisters Ann Landers and Abigail van Buren, who were famous advice columnists and became bitter rivals. Portman said she didn’t know at this stage if she will only direct or star as well in the film.

“Vox Lux” is being represented in international markets by Sierra/Affinity, while Endeavor Content and CAA represent the U.S. rights.